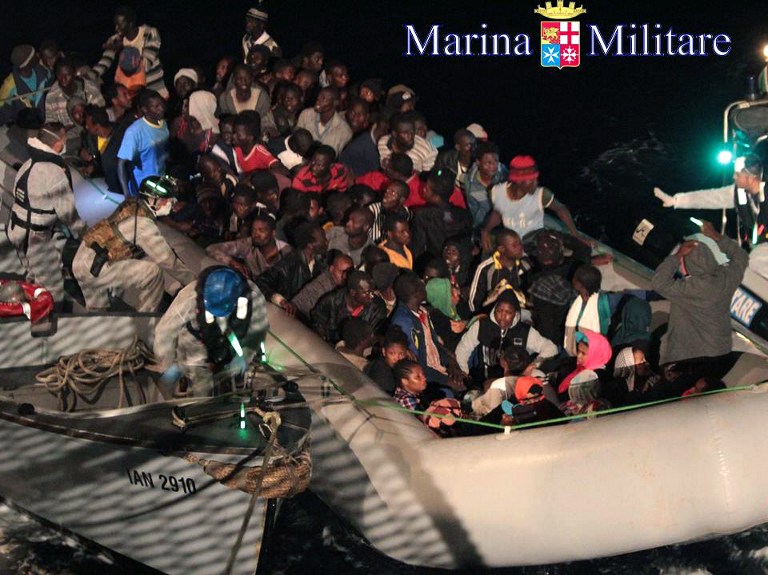 A handout picture released by the Italian navy shows migrants on a boat being rescued off the coast of Libya.

ROME - At least 10 migrants have died in a shipreck off Libya.
35 people are still lost at sea and presumed to have drowned, according to Italian media.
The overcrowded boat was attempting the crossing from North Africa to Italy.
It sank around 50 kilometres from the Libyan coast.
Fifty-five people were saved by a Singapore-flagged merchant ship.
The ship went to the boat&39;s aid after the Italian coastguards received an emergency call by satellite telephone from the vessel.
The survivors said the boat had been carrying around 100 people.
Rescuers counted at least 10 bodies in the water.
Italy&39;s coastguard requested other ships in the area change course to the wreck&39;s location to help search for any other survivors.
Earlier this month, 500 people were feared drowned after their boat sank off Malta, leaving just 10 survivors.
According to the UN&39;s refugee agency, UNHCR over 2,500 people have drowned or gone missing attempting to cross from North Africa to Europe this year.