100 families given the cold shoulder in Free State evictions 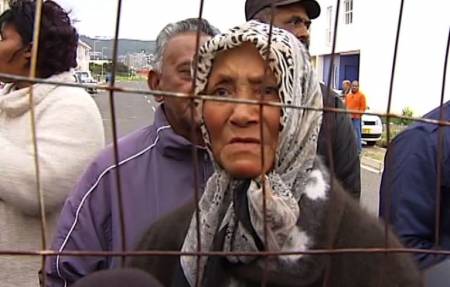 Some of the rightful claimants of District Six will be moving into their newly built restitution homes this month following a court order evicting a group of Khoisan activists.

BLOEMFONTEIN - About 100 families were evicted on Wednesday by the Maluti-A-Phofung municipality from an informal settlement near Phuthaditjhaba in the Free State.
Municipal spokeswoman Kedibone Sentle said the Constitutional Court found in favour of the municipality for an eviction order on May 23 this year.
She said the municipality took various measures to inform the community of the evictions.
These included meetings with the Mabolela Tribal Council, the illegal occupants of the land, local church leaders and information broadcast on a local radio station.
The families had been occupying the land for the past two years. Those evicted would be accommodated temporarily in community halls and youth centres.
Free State Democratic Alliance leader Patricia Kopane said the municipality had to provide alternative accommodation for those left homeless. "Their ability to get to work and even for their children to attend school was affected."
Kopane said many of the residents did not know for how long they would be without shelter. "Everything possible must be done to investigate alternatives to this current situation."
Sentle said the municipality was identifying and helping the families affected. "Transport and the storage of goods were provided by the municipality," she said.