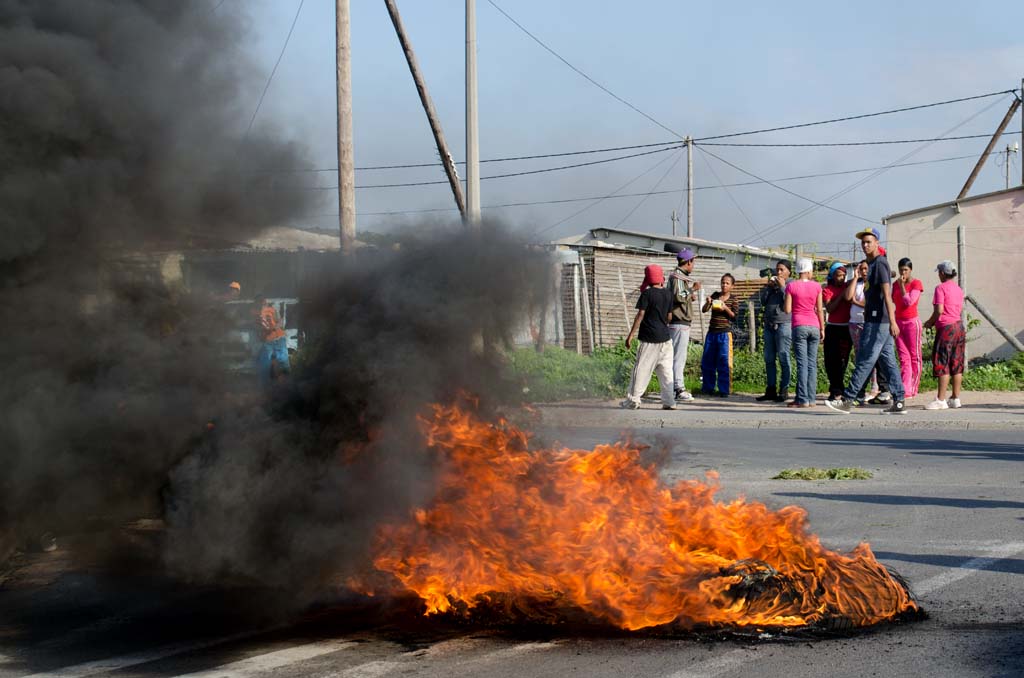 Residents of Macassar gathered on the streets near a local shopping complex and petrol station on Tuesday, June 24. They staged a protest over housing.

Riot police shot rubber bullets into a crowd of protesters on Tuesday afternoon.

During the riot, two armoured vehicles drove through the area and later a helicopter circled overhead.

Earlier this month, Lwandle residents were at the centre of a land eviction battle.

On Monday, protesters gathered at the local rent office where they broke windows and damaged office furniture.

“The waiting list in Macassar is plus minus 15,000,” said ANC councillor Rhoda Bazier.

“He could have prevented this,” she said.

Heuwel referred queries regarding housing protests in Macassar to the mayor’s office.

De Lille nor her spokesman could not be reached for comment.

* For more on the protest, watch the video in the gallery above.