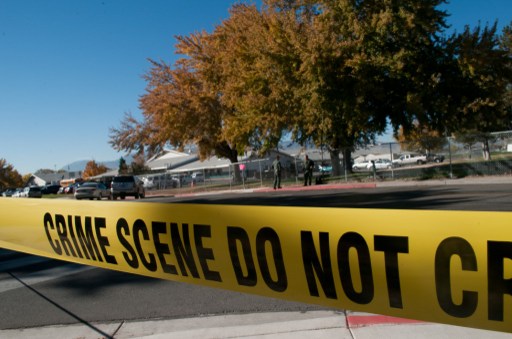 Phoenix police said a man methodically killing four members of a family and their two dogs that lived next door before killing himself with the same shotgun.

JOHANNESBURG – A 75-year-old woman, who lives alone in a house in Morningside Manor, has been rescued after she was left tied up for two days.

Majija said paramedics went to the scene after receiving a call from the neighbour who was extremely worried. A gardener, who usually visits the elderly woman on Friday mornings at 7am to pick up her rubbish for removal, grew suspicious when he couldn’t get her to answer the door despite hearing noises coming from somewhere within the house.

He reported this to the neighbour who called on ER24 for help.

“We arrived at the scene and called the police to help us gain entry to the house,” Majija said, explaining that they had then found the woman bound up after having been attacked by intruders two days previously.

“She was very badly dehydrated, but she didn’t want to be taken to hospital. So we called her family and they were going to come to her. We also offered her trauma counselling, which she accepted. When our paramedics left she was in the hands of trauma counsellors and her family,” said Majija.

Warrant Officer Moses Maphakela, police spokesman for Sandton, said detectives had been out to the scene.

“We found that lady tied up with pantyhose and she had been thrown on the bed,” Maphakela said, adding that she had not been physically harmed.

She told detectives she had been attacked in her home by unknown suspects at about 2pm on Wednesday.

“We have opened a case of house robbery. At the moment there have been no arrests. We are still looking for the suspects,” Maphakela said.