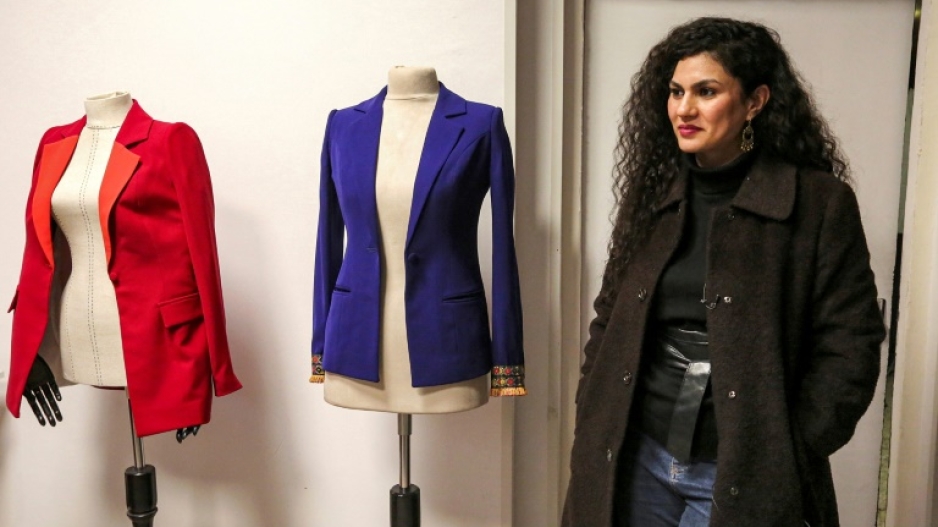 Alaa Adel, an Iraqi fashion designer, poses for a picture at her "Iraqcouture" studio in the capital Baghdad

BAGHDAD - The sewing machines and fabric that surround Alaa Adel at her "Iraqcouture" studio in Baghdad are testaments to her success in deeply patriarchal Iraq.

Adel, 33, counts herself among a limited number of female entrepreneurs in a country where most women don't work outside the home.

"We have a social tradition that prevents many women from working," Adel said at her studio in Baghdad's Karrada commercial district.

Even for those who do, "it is not always that easy," she added.

The International Organization for Migration said in an October report that "prevailing customs and traditions... limit women's activities to their domestic and nurturing role".

Adel said such prejudices, as well as practical difficulties, posed a challenge to fulfilling her dream.

A graduate of the University of Baghdad who specialised in fashion and design, Adel wanted to create her own fashion house. 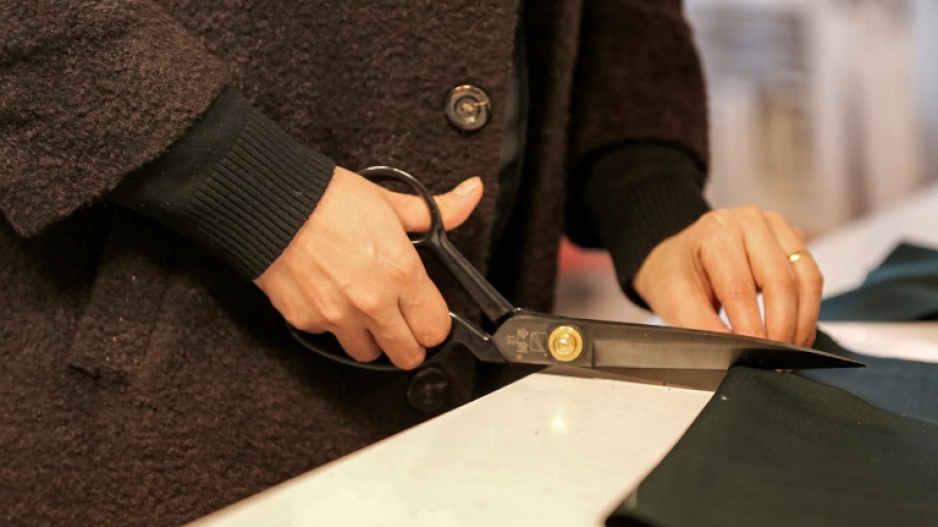 Cutting cloth: Alaa Adel, a graduate of the University of Baghdad who specialised in fashion and design, wanted to create her own fashion house

"I went to see the patrons of organisations that support art and culture. But my idea was systematically rejected because I had no experience in the conception of projects," she said.

Thanks to an Iraqi foundation, The Station, and its "Raidat" (Female Entrepreneurs) programme financed by the French embassy in Baghdad, Adel got training which, she said, gave her the confidence to start her own business. 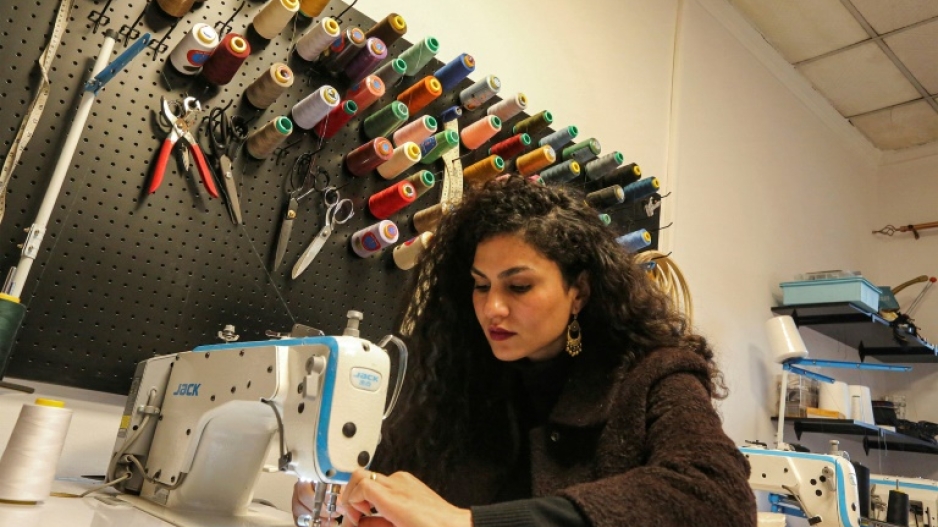 Alaa Adel, 33, counts herself among a limited number of female entrepreneurs in a country where most women don't work outside the home

Iraq's private sector is still embryonic, making more tedious and lengthy the steps to set up a company.

The country, which is trying to move past four decades of war and unrest, is also plagued by endemic corruption, widespread unemployment and a poverty rate of around 30 percent.

Almost 38 percent of people with jobs work in Iraq's public sector -- one of the highest rates in the world, according to the International Labour Organization (ILO).

At the beginning, she had to deal with sexism from some fabric suppliers who were reluctant to do business with a woman, she said.

Then there was a lack of public childcare facilities, in a country where tradition says children should be taken care of at home -- by the mother -- until they go to school.

Adel got help from family members who look after her two boys, aged nine and four, while she is at work. 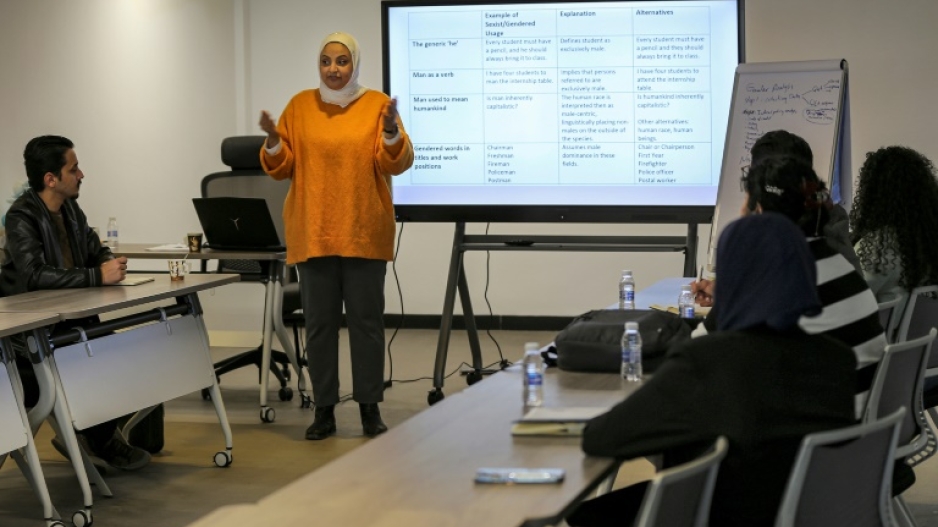 Shumoos Ghanem, entrepreneur and founder of the "Iraqi Women in Business" initiative, addresses participants during a workshop in Iraq's capital Baghdad

Iraq has 13 million employment-aged women "yet only around one million are working", said ILO country coordinator Maha Kattaa, presenting a report in July last year.

The female labour force participation rate "was particularly low" at 10.6 percent, the ILO report said, compared with 68 percent for men.

In contrast, neighbouring Saudi Arabia -- until a few years ago one of the world's most restrictive countries for women -- had a female workforce participation rate of 35.6 percent in the second quarter of 2022.

Most of Iraq's working women are teachers or nurses. A rare few are members of the police or armed forces.

For Shumoos Ghanem, men "dominate numerous sectors whereas women are relegated to the margins".

The 34-year-old is the owner of a dietary food business and founder of the Iraqi Women in Business initiative, which provides professional guidance to women online. She is also a mother to a 14-month-old son.

Ghanem says most of those she advises are mothers who have been out of the workforce and "wonder if society will accept them" again as working women.

Over the past five or six years, Iraqi women have had increased opportunities, she said, but the space for them "to develop is very limited still".

"Some regions are more traditional than others," she added, which further restricts women's chances to have "careers or to open projects".

Surrounded by men, Ghanem said she herself experienced sexism and was worried about harassment.

"When I went to see suppliers for the first time, I really saw how complicated it was," she recalled.

Now she works from home, but she too has a dream -- to have her own health-conscious restaurant where she can help bolster the ranks of female Iraqi businesswomen.

"I want to make it a place to support women who want to work in this sector," she said.