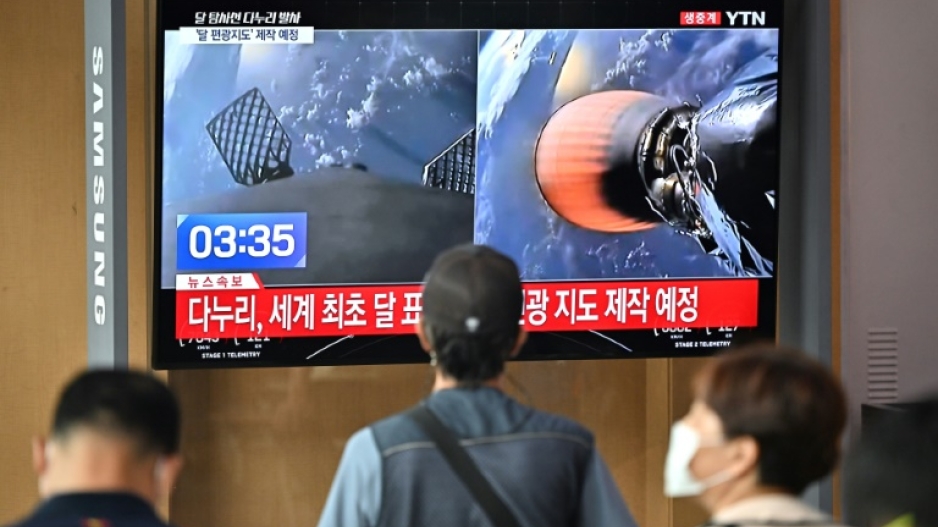 SEOUL - South Korea's first-ever lunar orbiter was launched from the US Thursday on a year-long mission to observe the Moon, live video showed, with a payload including a new disruption-tolerant network for sending data from space.

Danuri -- a portmanteau of the Korean words for "Moon" and "enjoy" -- was carried on a Falcon 9 rocket launched from Cape Canaveral in Florida by Elon Musk's aerospace company SpaceX. It aims to reach the Moon by mid-December.

"This is a very significant milestone in the history of Korean space exploration," said Lee Sang-ryool, president of the Korea Aerospace Research Institute, in a video shown prior to the launch.

"Danuri is just the beginning, and if we are more determined and committed to technology development for space travel, we will be able to reach Mars, asteroids, and so on in the near future."

During the year-long mission, Danuri will use six different instruments, including a highly sensitive camera provided by NASA, to conduct research, including investigating the lunar surface to identify potential landing sites for future missions.

One of the instruments will evaluate disruption-tolerant, network-based space communications, which, according to South Korea's science ministry, is a world first.

Danuri will also try to develop a wireless Internet environment to link satellites or exploration spacecraft, they added.

South Korean scientists say Danuri -- which took seven years to build -- will pave the way for the nation's more ambitious goal of setting foot on the Moon by 2030.

"If this mission succeeds, South Korea will become the seventh country in the world to have launched an unmanned probe to the Moon," an official at the Korea Aerospace Research Institute told AFP.

"It is a huge moment for South Korea's space development programme, and we hope to continue contributing to the global understanding of the Moon with what Danuri is set to find out." 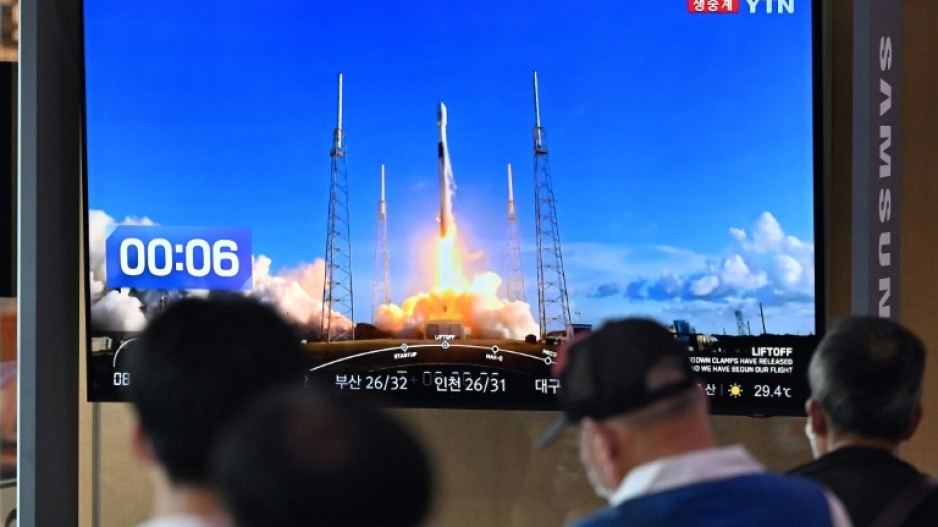 In June, the country launched its first domestically developed space rocket, its second attempt after a failed launch last October.

The three-stage Nuri rocket has been a decade in development at a cost of 2 trillion won ($1.5 billion).

In Asia, China, Japan and India all have advanced space programmes, and the South's nuclear-armed neighbour North Korea was the most recent entrant to the club of countries with satellite launch capability.