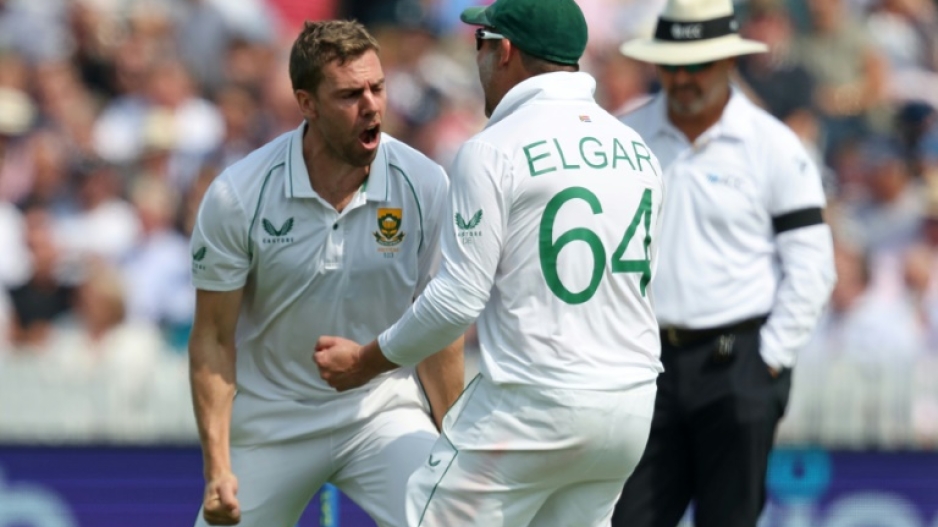 LONDON - South Africa quicks Kagiso Rabada and Anrich Nortje did the damage as England slumped to 116-6 before heavy rain forced an early end to the opening day of the first Test at Lord's on Wednesday.

Rabada, passed fit following an ankle injury, removed openers Alex Lees and Zak Crawley early on during a return of 2-36 in 12 overs.

And Nortje, one of eight South Africans playing their first Test in England, grabbed three wickets, including the scalp of home captain Ben Stokes.

Only Ollie Pope, with an unbeaten 61, offered prolonged resistance before rain arrived half an hour after lunch, turning into a downpour that left the outfield saturated.

Following weeks of searing temperatures in England, Wednesday's bad weather meant only 32 overs were possible before the players left the field early in the second session.

But that was still long enough for the Proteas' pace attack to rip through England's top order.

The home side came into the game with a perfect record of four wins from as many Tests under their new leadership pairing of Stokes and coach Brendon McCullum.

All of those victories had been achieved by chasing down targets in the fourth innings, something that cannot happen in this match after South Africa captain Dean Elgar won the toss and fielded on a green-tinged pitch under overcast skies.

Elgar's doubts over whether England could maintain their aggressive approach with the bat against an attack that has helped South Africa climb to the top of the World Test Championship table were soon justified.

Spearhead fast bowler Rabada, 27, had left-hander Lees caught behind for five and removed struggling fellow opener Crawley for nine after he nicked a ball that nipped away low to Aiden Markram at second slip. 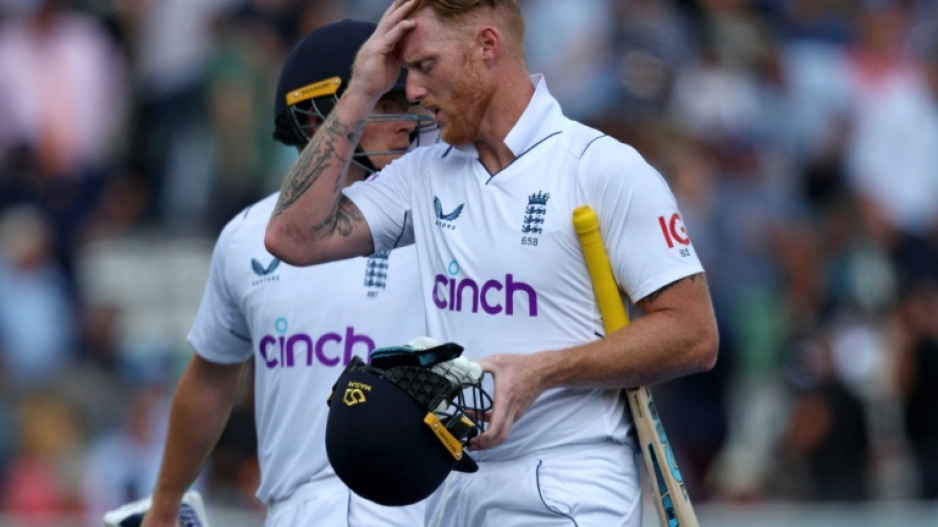 Crawley's exit left him with a lowly Test average for a specialist batsman of 26 from 47 innings.

Jonny Bairstow had made 106 and an unbeaten 114 during England's most recent Test, a seven-wicket win over India at Edgbaston last month.

But he was bowled between bat and pad for a five-ball duck by Nortje as he tried to drive on the up, with England now 55-4.

Pope completed a 69-ball fifty but, with the very last delivery of the session, Nortje squared up Stokes to have the all-rounder caught in the slips for 20, leaving England on 100-5 at the interval.

That became 116-6 shortly afterwards when wicketkeeper Ben Foakes played on to express quick Nortje for six.

Pope was now batting with the tail, but rain spared England from further punishment at the hands of the Proteas pace attack, with only Lungi Ngidi yet to take a wicket.