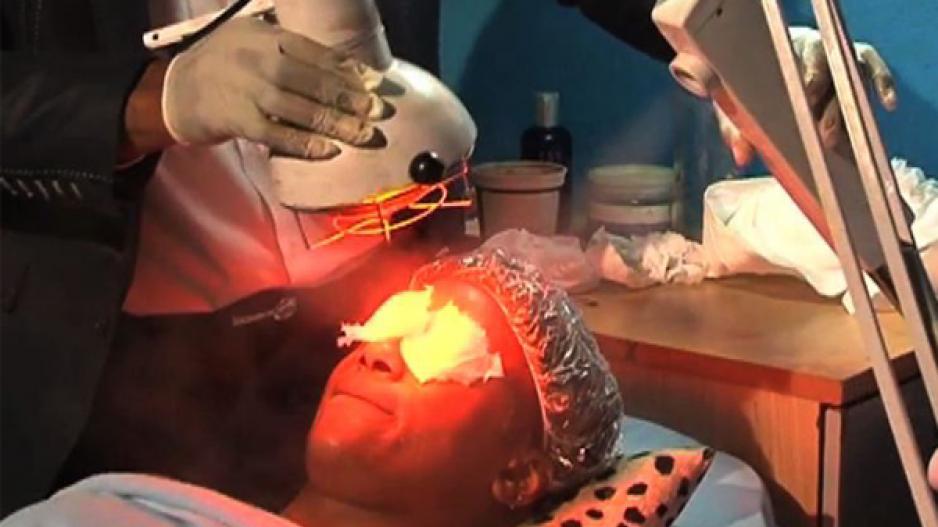 LAGOS - A recent World Health Organisation report has revealed that Nigerian women are the biggest users of skin-lightening products.

The study revealed that 77 percent of women bleach their skin.

Togo came second with 59 percent and Senegal third with 27 percent.

Nearly 8 out of 10 Nigerian women bleach their skin and the business is booming.

Zainab Fashola from Kuddy Cosmetics said: "Lightening creams is the biggest for cosmetics because we could bring in like Jergens or normal body lotions but they always ask, &39;Does it lighten? So if it doesn&39;t they don&39;t want to buy it."

Amaka Robert, who has been bleaching her skin for years despite the cost, said she is pleased to be several shades lighter.

"It&39;s quite expensive but I just have to do it because I am concerned about my face, because I have spots on my face. I can&39;t go on a natural look," she said.

Skin-lightening beauty parlours have also sprung up across the city.

Dr Felix Ajava of Dr Therapy Beauty and Spa said: "Being lighter is more attractive. I know a lot of women that come to us, they just want their skin smooth."

He said his clients did not feel inferior but "they want to tell people out there that I could look more better. My colour can come out good but generally every woman believes that when your skin is beautiful people admire you."

The multi-million rand industry has continued to see consistent growth, despite the various health hazards such as disfigurement.

Dr Ezinne Okoronkwo said: "Most of these lightening agents contain mercury and hydroquinone. When you put them on your skin, it gets absorbed into your blood stream and from there it can get into your kidneys. They also damage the skin..."

It is clearly a societal issue in Nigeria.

"If a woman is very rich and dark skinned, whatever she does, she doesn&39;t get noticed, so I feel they just want to get polished so their wealth would show on them," said one woman.

"I think it&39;s because a lot of men want fair ladies and the darker ones actually have an inferiority complex."