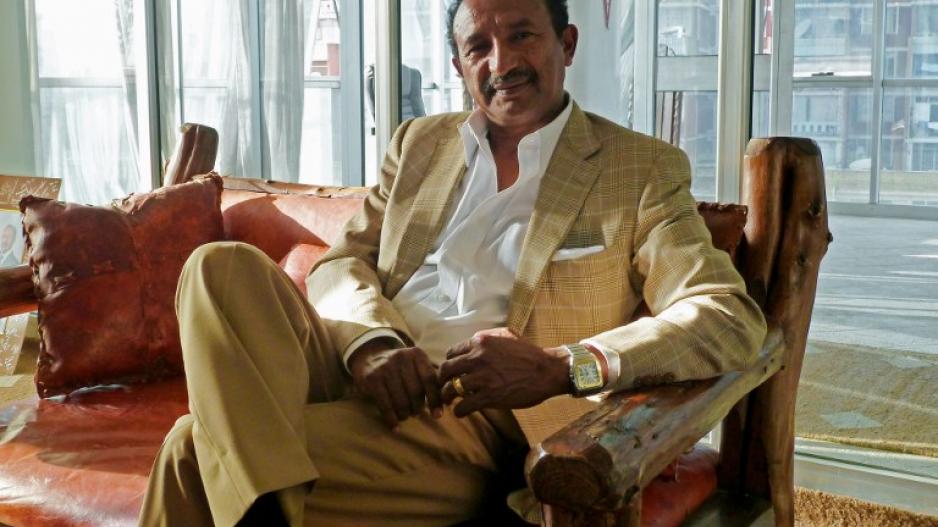 Addis Ababa - When Tadiwos Belete moved to Ethiopia from the United States a decade ago to open a luxury spa, his relatives thought he was crazy.

He built an office block on a crumbling congested thoroughfare in the centre of Addis Ababa, where there were few other businesses and seemingly few opportunities for a successful entrepreneur.

"I remember, we were almost praying whether we could get someone to rent this building," Tadiwos said.

"It&39;s amazing, I never believed it would grow this much, but it&39;s happened," he added, looking down at the busy street below.

Tadiwos is part of a burgeoning diaspora community returning to Ethiopia to invest in its booming economy.

Tadiwos&39; business has blossomed, along with his Boston Day Spa, he has opened a restaurant and a wine bar in Addis Ababa, along with two luxury resorts outside the capital.

He employs 1,500 people, and goes out of his way to use Ethiopian materials and products throughout his business empire.

For him, Ethiopia offered opportunities that did not exist in Boston, where he already owned a successful spa business.

He said he was drawn back not only because he thought he could make a living here, but also because he wanted to take part in Ethiopia&39;s development.

"The profitability is here, you can see it, you can feel it, you can touch it. But as well ... as a human being you can make a difference here," he said.

With an estimated four million diaspora living overseas, almost one in every 20 Ethiopians either lives outside the country or has returned home recently.

Most of them fled Ethiopia&39;s military regime in the 1970s to settle in the United States. Today, many are leaving flailing economies in the West to take advantage of Ethiopia&39;s rapid growth.

The economy here is growing at an annual rate of 8.5 percent, and was ranked the twelfth fastest growing economy in the world in 2012 by the World Bank.

Like Tadiwos, most returnees are involved in the service sector, though investments in agriculture and real estate are also growing fast.

But their influence is not only economic, according to Shanta Devarajan, head of the Africa region at the World Bank.

"The diaspora might bring strengthened governance to African societies. These are people who have been outside the system and are able to observe it from afar, and that might actually strengthen government that we need so badly," he said.

Ethiopia&39;s main pull seems to be the drying up economic possibilities in recession-hit Western countries.

"It&39;s the opportunities here, in many respects it&39;s beyond low hanging fruit, it&39;s so obvious," said Zemedeneh Negatu, a managing partner at Ernst and Young.

Zemedeneh, who returned to Ethiopia after 14 years abroad, said the payback is enormous.

"It&39;s a combination of the financial reward, but also these touchy-feely, fuzzy kind of things. You can quantify the contribution you make here, definitely it&39;s measurable," he said.

Though statistics are not available, Zemedeneh said the number of successful businesses established by returnees has grown in recent years, which builds confidence among other diaspora Ethiopians contemplating a move back.

But although returning Ethiopians have an advantage over foreign investors -- such as the Indian or Chinese who have limited local knowledge and language skills -- the transition after years away is not always easy.

Ethiopia ranks 127 out of 185 countries in World Bank&39;s Doing Business report, an index on the ease of conducting business.

"Ethiopia&39;s business environment, especially in the area of trade logistics, is deteriorating compared to other countries," said Lars Moller, lead economist at the World Bank in Ethiopia.

"If policymakers could focus on removing the red tape of doing business that would be important to make sure that they reap the full benefits of returning diaspora," Moller added.

For Addis Alemeyahou, returning diaspora like him have help replace reliance on foreign aid, a key pillar in Ethiopia&39;s national economic plan.

"Real sustainable development, the essence of it is basically private sector development, it&39;s investment," he said, sitting in an upmarket cupcake shop, a popular hangout among returnees located in a fast developing neighbourhood in Addis Ababa.

He said the vast majority of diaspora who have come back are starting businesses and creating jobs.

"They&39;re creating industries that are growing, and I think that&39;s fuelling everything else," he said.

Addis returned to his mother country after 12 years in North America to start his own consulting firm. He said when he left Washington DC, people were wary about his move, but now the majority of Ethiopians he knew there have moved back home.

Many, Zemedeneh among them, see the trend continuing.

"I am very positive that the diaspora will be a very significant player in the Ethiopian economy, I don&39;t think there&39;s any question about it," Zemedeneh said.