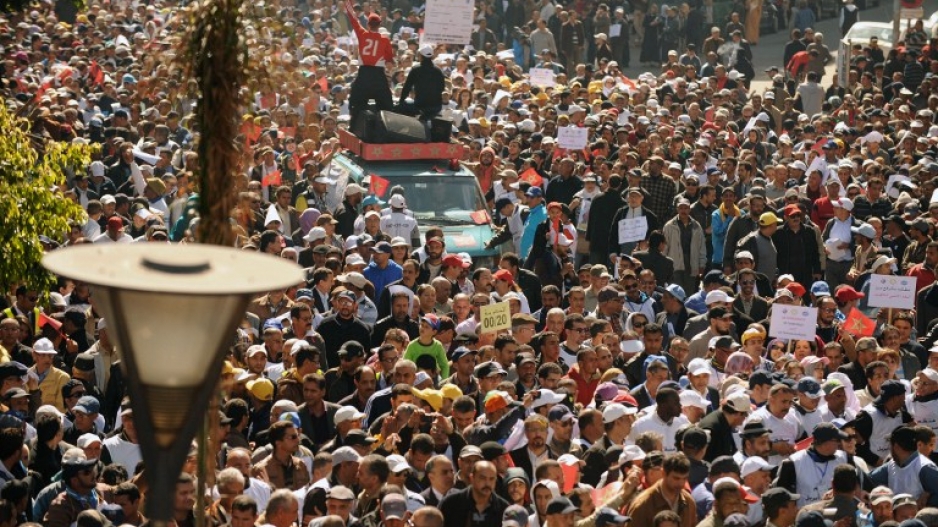 Protesters hold placards during a demonstration gathering workers, teachers and civil servants against the deterioration in the social and economic conditions of the working class on April 6, 2014 in the Morrocan city of Casablanca.

RABAT, Morocco - Morocco has announced a 10% increase in the minimum wage over the next year on the eve of May Day.

The move comes after a year of acrimonious relations between the labor unions and the government over its austerity programme.

On April 6, thousands marched in the economic capital of Casablanca protesting the government efforts to reform pensions and subsidies due to a budget crisis.

Government spokesman Mustafa Khalfi announced the 10% increase late Wednesday night. There will be a 5% increase starting July, with another 5% a year later.

The public sector minimum wage will be raised to $370 a month.

Large worker marches are traditional in Morocco on May Day and the raise is expected to ease anger against the government.