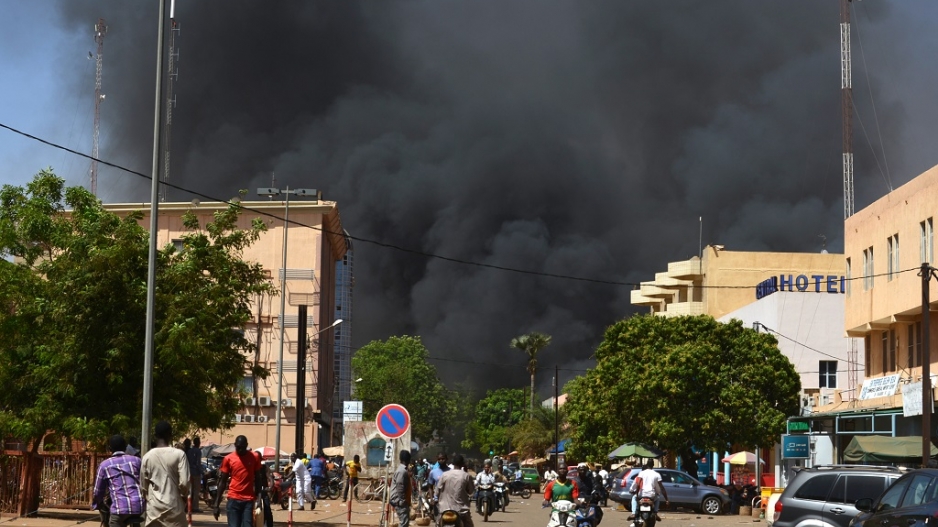 People watch as black smoke rises as the capital of Burkina Faso came under multiple attacks on March 2, 2018, targeting the French embassy, the French cultural centre and the country's military headquarters.

OUAGADOUGOU, Burkina Faso – "From April 19 to 27 the armed forces carried out operations to cordon off the northern border, leading to the arrest of 100 suspects including sought individuals as well as the neutralisation of explosives," an army statement said.

"The same kind of operation was carried out in the east in the forests of Nakortougou and Foutouri," it said.

Burkina Faso&39;s border regions with Mali and Niger have both been the scene of regular attacks by jihadist groups over the past three years. Official figures say 89 ambushes have left 134 people dead.

Security sweeps of the areas by specialist anti-terrorist units since the end of last year had already led to the arrest of 30 people suspected to have links with extremist groups, according to the military.