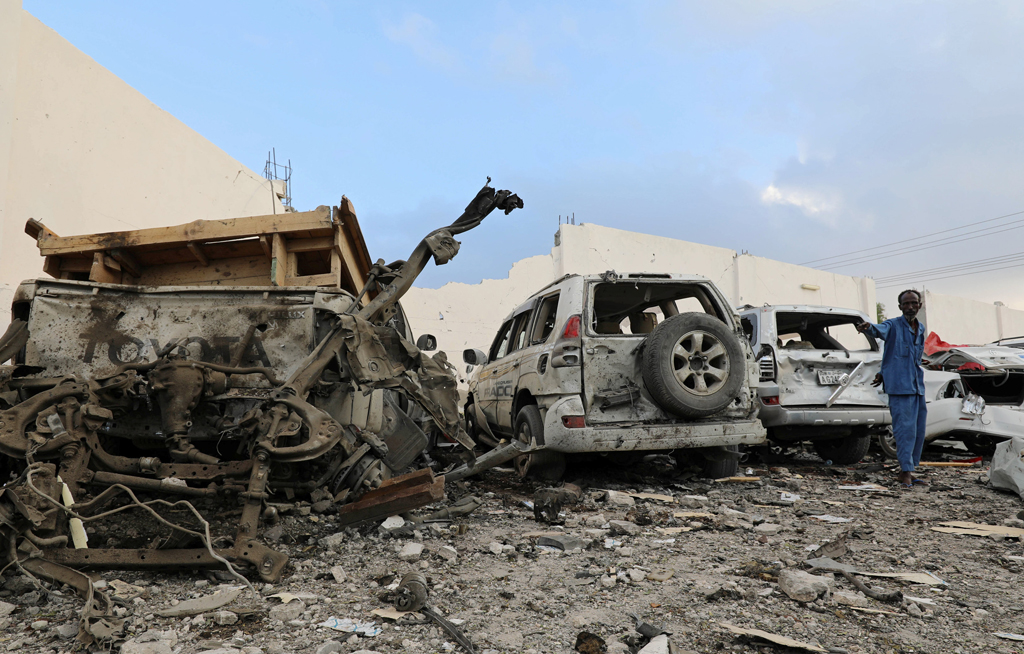 A security officer from Doorbin Hotel assesses the debris after a suicide car explosion in front of the hotel in Mogadishu, Somalia February 24, 2018.

MOGADISHU - At least 11 people were killed in an explosion in a busy market in a small Somali city north of Mogadishu, a security official and witnesses said.

"Eleven people were confirmed dead and more than 10 others were wounded in the blast, which we are still investigating. Some of the victims have serious wounds and they were admitted to hospital," Mohamed Abdikarim, a regional security official, told AFP.

Sources contacted by AFP did not yet know whether the blast was caused by a suicide bomber or an explosive device.

The blast occurred at the marketplace in Wanlaweyn district about 70 kilometres north of the Somali capital where Khat (narcotic leaves) is sold.

“There was chaos at the market, a number of people died and others wounded, I saw the severed dead bodies of civilians but there were also security personnel involved in the casualty,” Mohamed Dahir, a witness said.

Wanlaweyn district is close to the Balidogle airbase where the US special forces have a major base.

No group has so far claimed responsibility for the blast. The Shabaab, linked to Al-Qaeda, are known to be present in the region.