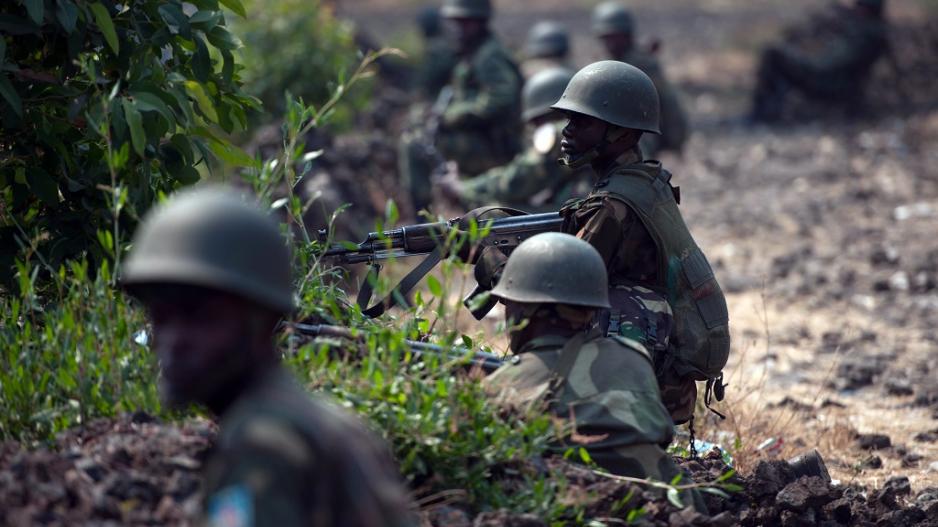 A head of a local militia group and a policeman have been arrested by Congolese troops for their alleged involvement with the murder of two UN experts.

GOMA - Ten people were burnt to death in ethnic attacks in DR Congo&39;s volatile east and seven fishermen were missing Saturday in Lake Edward, where tensions have spiked with the Ugandan navy.

The latest violence in the restive provinces of North and South Kivu underscores the fragility of a region which has been wracked by ethnic and rebel violence since the mid-1990s.

It is the theatre of a slew of players ranging from local militias to rebel groups from neighbouring Uganda, Burundi and Rwanda fighting over the region&39;s rich mineral resources.

The ten charred bodies were found on Saturday in South Kivu after clashes involving three ethnic groups, the Banyamulenge, Bafuliro and Banyindu, the official in charge of the Tanganyika sector John Mwimiwa said.

The Banyamulenge, or Congolese Tutsis, are regarded as foreigners by the other two ethnic groups and often clash with them. Each has their own militia.

"Several villages were attacked yesterday by the Ngumino militia and the Forebu (Popular Forces of Burundi) rebel group active in the Uvira and Fizi districts," Mwimiwa said.

"We deplore the deaths of 10 persons in fires. All those killed were displaced people and were burnt in their huts."

The UN&39;s Office for the Coordination of Humanitarian Affairs (OCHA) said 76,000 people had been displaced in the region this year due to violence between the three groups.

Lieutenant-Colonel Antoine Bagenyi, the army commander of the area, confirmed the clashes to AFP but did not give details.

The villages are located about 200 kilometres west of Uvra, the second largest town in South Kivu province.

In North Kivu, the Ugandan navy fired on Congolese fishermen overnight and seven people were missing, the navy and local fishermen said.

"We were eight in all on four dugout canoes when the Ugandan patrol boats approached us on the night of Friday to Saturday," said Sikuli Mukosa, a 40-year-old fisherman.

"They asked us for our identity papers and then fired at our boats. I played dead. My seven comrades died," Mukosa told AFP.

"It&39;s a massacre. The Ugandan navy passed by to kill all the fishermen on the lake," said Jean Tsongo, the head of the Congolese navy on the DRC side of Lake Edward, which it shares with Uganda.

"Since Thursday, the Ugandans have deployed greater forces than mine on the lake," he said.

The Congolese navy is tasked with preventing militia fighters and local rebels and others from neighbouring countries from operating in the area.

But clashes with the Ugandan navy have intensified since the start of this month. Uganda and the Democratic Republic of Congo have been squabbling over sharing the energy resources of the lake.