16 injured in clashes at 'banned' rally in Mali 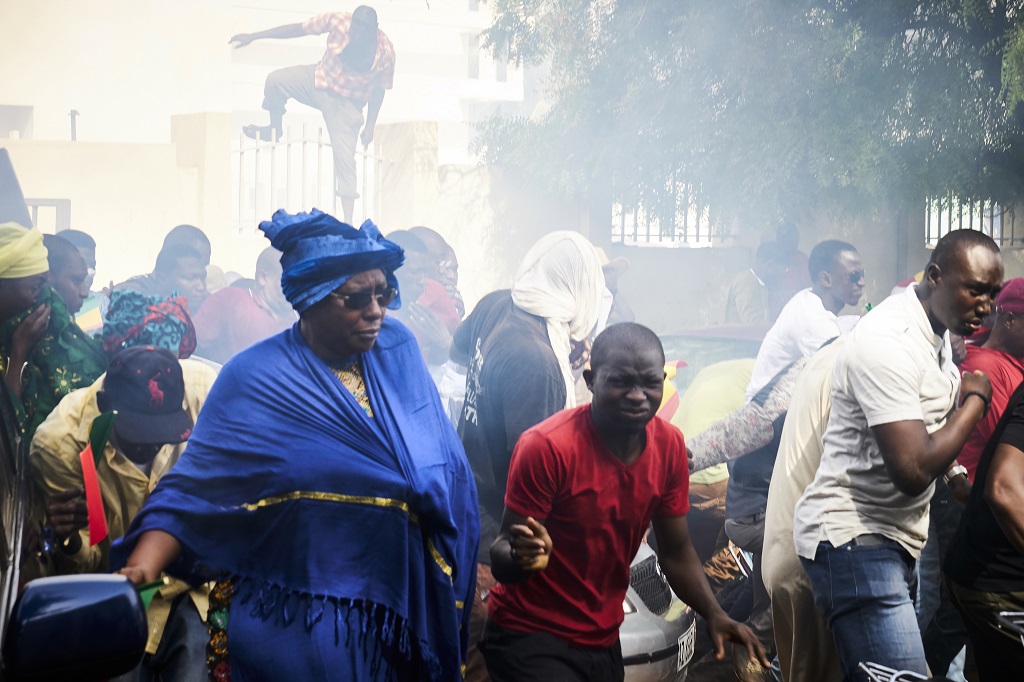 Malians protest on June 2, 2018 in Bamako against the lack of transparency of the presidential election's campaign. At least a dozen people were wounded.

BAMAKO - At least 16 people were injured when opposition demonstrators clashed with police at a banned political rally in Bamako, just two months ahead of Mali&39;s presidential election, according to an AFP reporter on the scene.

Police attempted to break up a rally of several hundred people outside the headquarters of the Democratic Alliance for Peace -- the party of the current president Ibrahim Boubacar Keita -- firing tear gas and beating demonstrators with batons.

"At least 12 people were injured, including a policeman and at least one politician," a doctor at the nearby Gabriel Toure hospital told AFP.

"I was slightly injured when I took part in a march calling for credible elections," former finance and economy minister Mamadou Igor Diarra tweeted.

"Thank God I was able to help some of the injured, women and young people, which explains the blood on my clothing in some of the pictures that are being circulated," he wrote.

Diarra was finance and economy minister between 2015 and 2016. He is one of around 15 candidates in the presidential election on 29 July.

The Bamako authorities had banned the "peaceful march", organised by the Coalition for Alternation and Change, in view of the state of emergency still in place.

"Why do you want us to keep quiet? We&39;re demonstrating to call for transparent elections and equal access" to the state broadcaster ORTM, said Oumar Sangare, head of an association which "supports change in Mali."

"You see, our march was peaceful. And it was an anti-democratic power that gassed us. The dictatorship will not pass," said Ousmane Kone, a mason who took part in another demo in the city centre, similarly broken up by police.

Mali President Ibrahim Boubacar Keita, 73, announced his candidacy for a second term on 28 May.