13 killed in clashes between Christians and Muslims in Nigeria 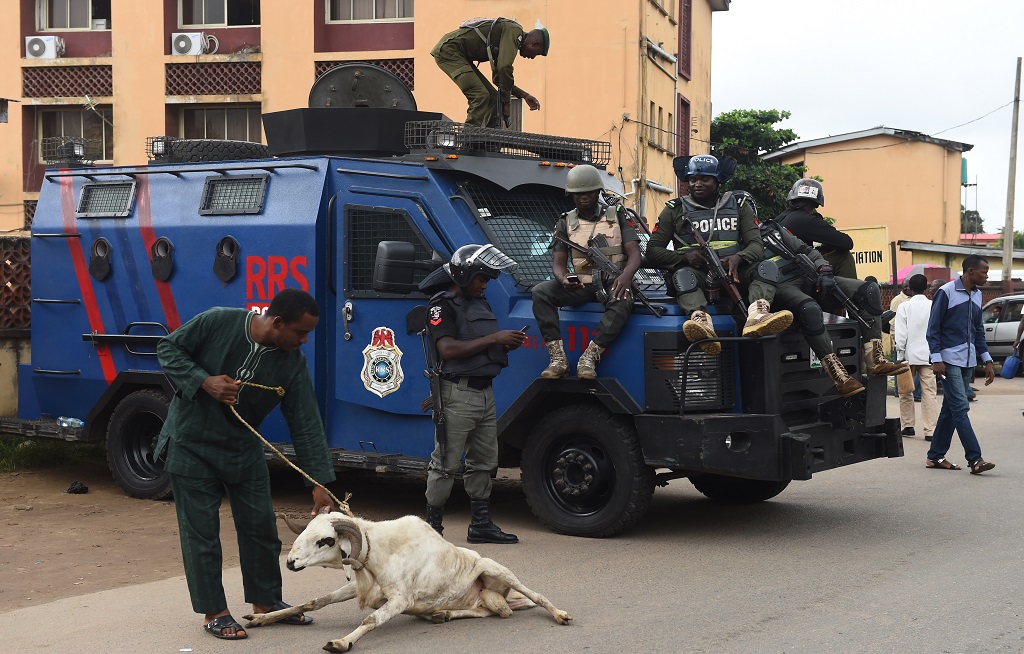 Three people were shot dead in central Nigeria, police said on Friday, with suspicion falling on cattle herders after a wave of communal violence that has heaped pressure on the government to act.

NIGERIA – At least 13 people have been killed in clashes between Christian and Muslim youths in central Nigeria, police said on Wednesday, in the latest violence to hit the region.

Fighting broke out on Monday in Kasuwan Magani community in Kaduna state, about 45 kilometres by road from the state capital, Kaduna city.

"The mayhem led to the death of 13 people with many houses and shops burnt," Kaduna state police commissioner Austin Iwar told AFP by telephone.

Local reports gave a higher death toll. Iwar said 20 suspects have been arrested, and troops and police had been deployed to quell the violence.

"The place is now calm. I was in the village yesterday to implore the community and traditional leaders to appeal to the warring youths to sheath their swords," he added.

An investigation has been launched into the incident.

"We don&39;t want to jump into conclusion as to what led to the mayhem. The speculation was that some Christian boys were not happy that their girls are befriending Muslim boys," Iwar said.

Central Nigeria is where the country&39;s mainly Muslim north meets its largely Christian south, and tensions between the two communities have frequently boiled over into deadly violence.

The region has also seen a resurgence in violence between nomadic Muslim herders and mainly Christian farmers in recent months, although those clashes are primarily about resources.