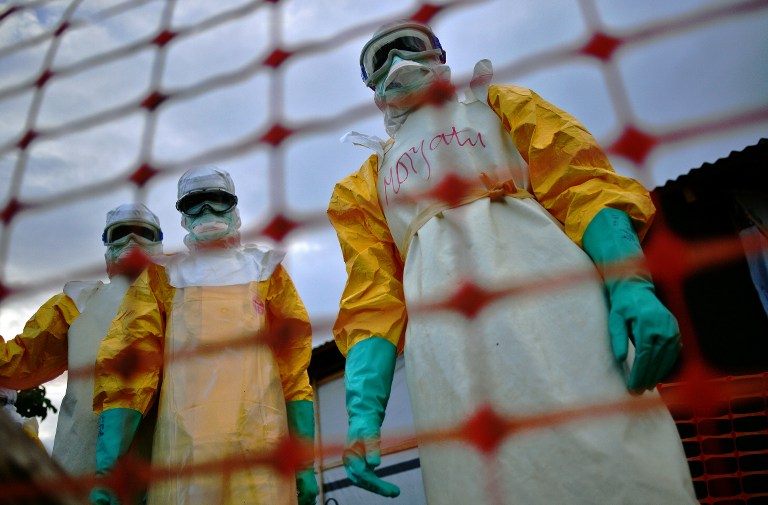 KINSHASA - At least 17 people have died in an area of northwestern Democratic Republic of Congo (DRC) where health officials have now confirmed an outbreak of Ebola, the health ministry said on Tuesday.

It is the ninth time Ebola has been recorded in the central African nation, whose eastern Ebola River gave the deadly virus its name when it was discovered there in the 1970s, and comes less than a year after its last outbreak, which killed eight people.

"Our country is facing another epidemic of the Ebola virus, which constitutes an international public health emergency," the ministry said in a statement.

"We still dispose of the well trained human resources that were able to rapidly control previous epidemics," it said.

Ebola is believed to be spread over long distances by bats, which can host the virus without dying, as it infects other animals it shares trees with such as monkeys. It often spreads to humans via infected bushmeat.

Before the outbreak was confirmed, local health officials reported 21 patients showing signs of hemorrhagic fever around the village of Ikoko Impenge, near the town of Bikoro. Seventeen of those later died.

Medical teams supported by the World Health Organisation (WHO) and medical charity Doctors Without Borders were dispatched to the zone on Saturday and took five samples from suspected active cases.

Two of those samples tested positive for the Zaire strain of the Ebola virus, the ministry said.

"Since notification of the cases on 3 May, no deaths have been reported either among the hospitalised cases or the healthcare personnel," the statement said.

After Congo&39;s last Ebola flare-up, authorities there approved the use of a new experimental vaccine but in the end, did not deploy it owing to logistical challenges and the relatively minor nature of the outbreak.

The worst Ebola epidemic in history ended in West Africa just two years ago after killing more than 11,300 people and infected some 28,600 as it rolled through Guinea, Sierra Leone and Liberia.

Despite regular outbreaks every few years, death tolls in Congo have been significantly lower.

"Our top priority is to get to Bikoro to work alongside the Government of the Democratic Republic of the Congo and partners to reduce the loss of life and suffering related to this new Ebola virus disease outbreak," said Dr Peter Salama, WHO Deputy Director-General, Emergency Preparedness and Response.

"Working with partners and responding early and in a coordinated way will be vital to containing this deadly disease."

Health experts credit an awareness of the disease among the population and local medical staff&39;s experience treating for past successes containing its spread.

Congo&39;s vast, remote geography also gives it an advantage, as outbreaks are often localised and relatively easy to isolate.

Ikoko Impenge and Bikoro, however, lie not far from the banks of the Congo River, an essential waterway for transport and commerce.

Further downstream the river flows past Democratic Republic of Congo&39;s capital Kinshasa and Brazzaville, capital of neighbouring Congo Republic - two cities with a combined population of over 12 million people.