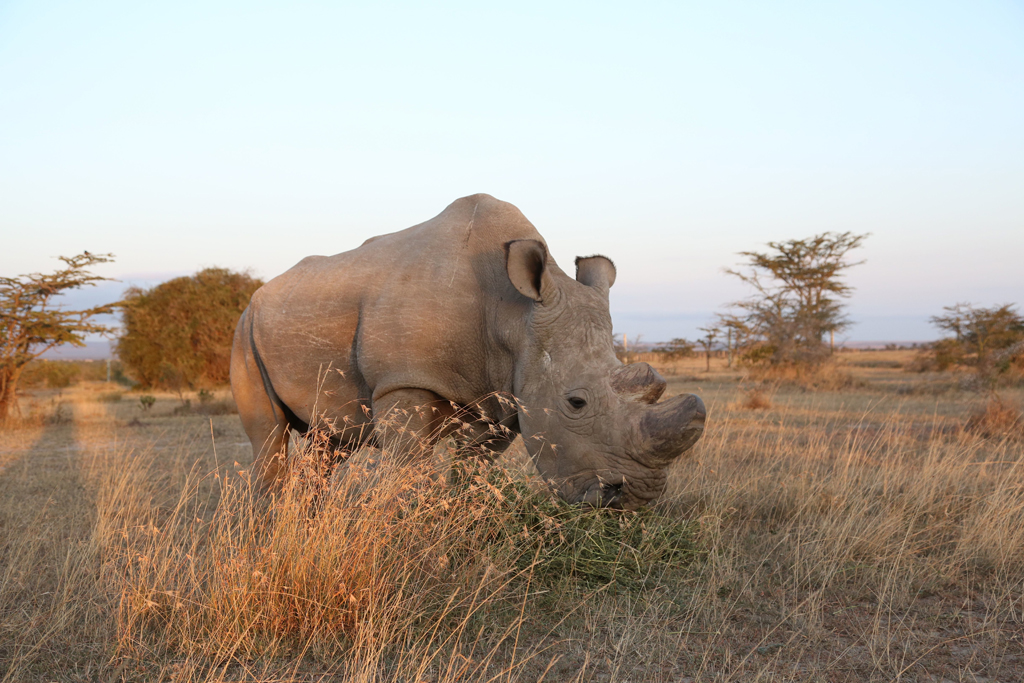 Sudan, the last male northern white rhinoceros in the world

GABORONE - The Namibian Ministry of Environment and Tourism says the number of rhinos killed through poaching in 2015 has gone up from the 76 reported late in November to 80 following the discovery of four more carcasses in the Kunene region late in December.

Environment and Tourism minister Pohamba Shifeta this week told the Namibian, a local daily, that the remains of three adult rhinos and a calf were found by game rangers near Grootberg Lodge in the Kunene region.

“Three more were killed by late December and the fourth was a baby rhino that succumbed (to death) when its mother was poached,” Shifeta told the paper.

Further, he said three suspects, all Namibians, had been arrested in connection with the case.

Namibia’s rhino death toll has increased alarmingly over the years. Conservation groups have warned of the possible involvement of foreign ivory trafficking syndicates which hire and arm locals to poach and act as couriers for illicit ivory.

Namibia has experienced a spike in rhino poaching cases over the past five years with the death toll rising from one rhino poached annually between 2009 and 2011, to 80 fatalities in 2015.

Most of the rhinos were killed in the Etosha National Park.

The Namibian government has waged a counter-poaching campaign which has led to the arrest of several locals, as well as Chinese citizens, Angolans and Zambians in connection with elephant and rhino poaching since late 2014.

Elephant poachers have also ravaged the Bwabwata and Linyanti National Parks near the border with Botswana amid fears that some employees of the Ministry of Environment and Tourism are part of or collude with the poaching syndicates.

Last month, a Chinese businessman based in the remote town of Opuwo was sentenced to 10 years prison with an alternative to pay a fine of N$100,000 after pleading guilty to illegal possession of two rhino horn.

In his plea, businessman Xu Jin Den said he did not know that possession of rhino horns without a licence was illegal.

He said he wanted to carve ivory ornaments out of the horns he bought from locals at N$2,500. At least six other Chinese businessman are on trial in Namibian courts on charges linked to ivory poaching and trading in endangered species and prohibited animal products.