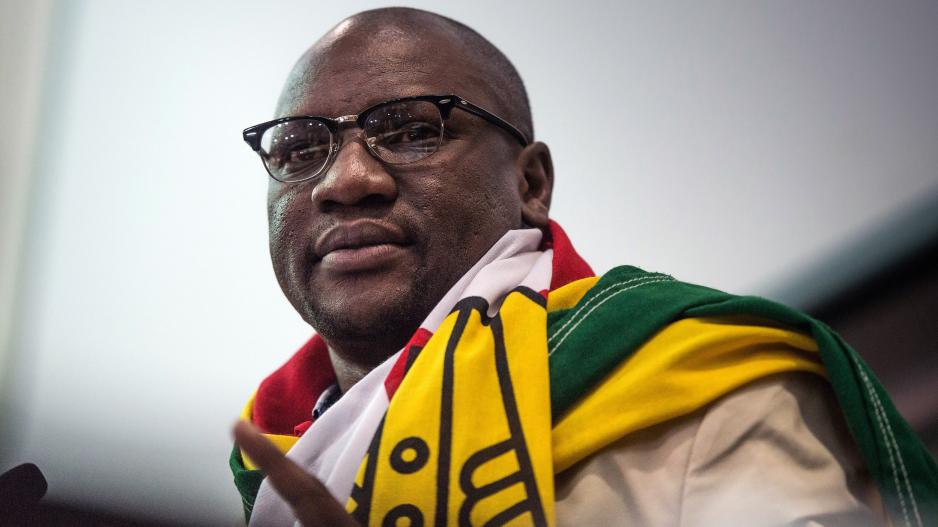 Evan Mawarire was publicly threatened by President Robert Mugabe after starting the "This Flag" internet campaign that triggered the largest surge of anti-government street protests in many years.

JOHANNESBURG - Across Southern Africa, courageous people and activists refused to give in to government repression and took to the streets to claim their human rights under difficult circumstances, Amnesty International said on Thursday.

“2017 was a terrible year for human rights in Southern Africa. We have witnessed widespread punishment of dissenting voices and politically-motivated attacks on peaceful protests, as well as growing inequalities and precarious access to social and economic rights,” said Amnesty International&39;s director for Southern Africa Deprose Muchena.

In its State of the World’s Human Rights report for 2017 to 2018, Amnesty International noted that "governments are rolling back decades of human rights progress and silencing those who speak out".

However there is hope “as courageous people and activists take to the streets to demand their rights”, said Muchena.

People across the world faced a deepening human rights crisis fueled by growing intolerance of dissent and a rise in politics of hate and fear, warned Amnesty International as it launched its annual assessment of human rights.

The report covers 159 countries, including 11 in Southern Africa, delivers the most comprehensive analysis of the state of human rights in the world today.

READ: What southern Africa can learn from other countries about adapting to drought

Muchena said there are some glimmers of hopein Southern Africa.

"For example, the departure of Robert Mugabe from Zimbabwe’s political scene after 37 years in power in which he presided over the brutal repression of political opponents offers a new window of opportunity for the country and people claiming their rights.”

Signs of regression cited in the report include clampdowns on peaceful protests in Zambia, and attempts to roll back women’s rights to access sexual and reproductive health and rights in South Africa and Zimbabwe.

The report notes that regressive policies have inspired many people to join long-standing struggles, and it details many important victories that human rights activists helped to secure.

These include the indefinite postponement of the amendment to the proposed penal code in Angola which would decriminalise abortion in all cases without exception after public outcry.

In Zimbabwe, Pastor Evan Mawarire of the ThisFlag movement was acquitted in November after facing court charges simply for campaigning against corruption, human rights violations and the declining economy.

“The indomitable spirit of human rights activists leading powerful movements reminds us that the thirst for equality, dignity and justice will never be extinguished. There is a palpable sense that protest movements are on the rise globally. If governments stand against such movements, they will erode their legitimacy,” said Salil Shetty, secretary general of Amnesty International.

The report found that freedom of expression has taken on colossal importance in the renewed battle for human rights.

“In 2018, we cannot take for granted that we will be free to gather together in protest or to criticise our governments. In fact, speaking out has become more dangerous” warned Shetty.

Throughout SADC, there was “persecution through prosecution” against human rights defenders and opposition leaders, said the report.

“Whether it was Robert Mugabe of Zimbabwe or Edgar Lungu of Zambia, leaders used the criminal justice system to silence human activists and their political opponents,” said Deprose Muchena.

READ: Zimbabwe police to ban protests in capital for a month

Zambia’s main opposition leader, Hakainde Hichilema of the United Party for National Development, was jailed for four months on trumped up politically motivated charges and later released after the authorities realized that they could not sustain any criminal charge against him.

Musician and activist Fumba Chama, also known as Pilato - left Zambia on 5 January after receiving threats over his new song Koswe Mumpoto (rat in the pot), which has been interpreted as criticising President Edgar Lungu and his ruling Patriotic Front ministers. He also faced harassment in 2017 for leading protests against corruption.

Clovis Razafimalala, a Malagasy environmental activist, was released from Tamatave prison after 10 months’ pre-trial detention on trumped-up charges of organizing a protest.

The report also notes that millions of people worldwide are facing increasingly precarious access to basic goods and services such as housing, food and health care. Amnesty International warned that unless governments tackle the underlying causes of poverty and inequality, there is huge potential for even greater unrest.

Throughout the region, there are persistent worries about the rising levels of people living below the poverty line. In Madagascar, poverty was widespread. Access to food, water, health care and education remained a privilege for the few.

In Zimbabwe, economic instability, drought, high poverty levels and unemployment were some of the obstacles for many to access education, health and food. Children are affected by extreme poverty and their chances of succeeding in life are slim.

The report said South Africa remains one of the highest unequal countries in the world today. Profound inequalities are continuing to undermine economic, social, and cultural rights for millions of South Africans.

“Across the world and in the SADC region, people are being forced to live an intolerable existence because they are being denied access to food, clean water, healthcare and shelter,” said Shetty.

"If you take away these human rights, you breed despair with no limit or end. From Angola to Zambia, South Africa to Zimbabwe, we are witnessing the growth of a ferocious social discontent.

“If leaders fail to discern what is driving their people to protest, then this ultimately will be their own undoing. People have made it abundantly clear that they want human rights: the onus now is on governments to show that they are listening and responding.”