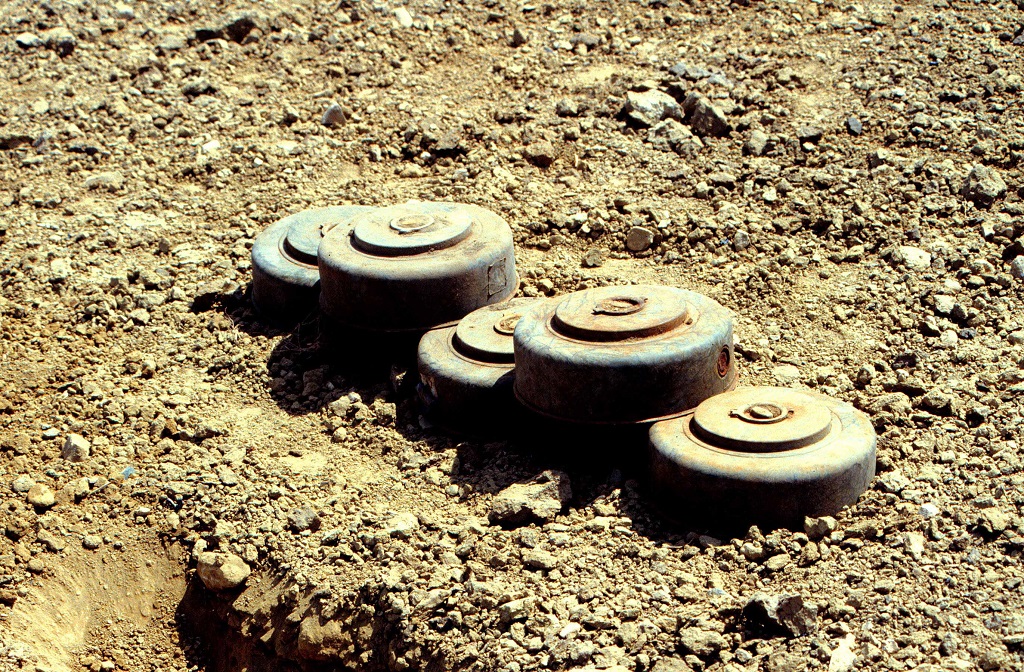 A file image of a landmine.

BAMAKO, Mali - Twenty-four people including mothers and babies were killed on Thursday when their vehicle ran over a landmine in central Mali, local residents said.

The deaths brought the number of fatalities linked to Mali&39;s jihadist insurgency to 33 in 24 hours, most of them civilians.

The victims had been travelling from neighbouring Burkina Faso for a weekly market in Boni, local officials said.

The blast occurred nine kilometres from the town.

"The final toll is 24, including four babies with their mothers. There are no survivors," said Boni resident Abdoulaye Cheick, who described himself as a relative of one of the dead.

Local officials had earlier given a provisional toll of 13 dead, made up of civilians from Mali and Burkina Faso.

"Terrorists use these mines to spread fear," a Malian security source said, adding that the victims had been killed instantly.

Another unnamed local official said that the vehicle was carrying seven traders from Burkina Faso as well as Malians.

In November, five civilians including a teenage girl were killed when the bus they were travelling on struck a mine. No group claimed responsibility for that incident.

In June 2015, Mali&39;s government signed a peace agreement with coalitions of armed groups. But insurgents remain active, and large tracts of the country are lawless.

In a separate development, a Malian army source said five "terrorists" and two soldiers were killed Thursday when a security post came under attack in Youwarou, in the centre of the country.

Another attack, at Ngomakoura, also in central Mali, was repelled and there were no casualties, the source said. Thirty-six gendarmes stationed in Ngomakoura deserted last week and face a court martial in Bamako.

On Wednesday, security sources said two customs officers were killed in a suspected jihadist attack at a market in the small village of Toubakoro, some 200 kilometres (125 miles) north of the capital.

Mali is one of a string of poor, fragile nations in the Sahel region that have been battered by terror attacks.

The country has joined with Mauritania, Niger, Chad and Burkina Faso in the so-called "G5 Sahel" initiative, pooling military efforts to fight the jihadists.

Backed by France, the joint force has been focusing in its early operations on re-establishing control in lawless frontier regions where terror groups have been able to flourish.

On the political front, the UN Security Council on Wednesday unanimously adopted a French-drafted statement giving parties to the 2015 peace deal until the end of March to show progress or face sanctions.

The council said there was a "pressing need to deliver tangible and visible peace dividends to the population in the North and other parts of Mali" ahead of elections scheduled for this year.