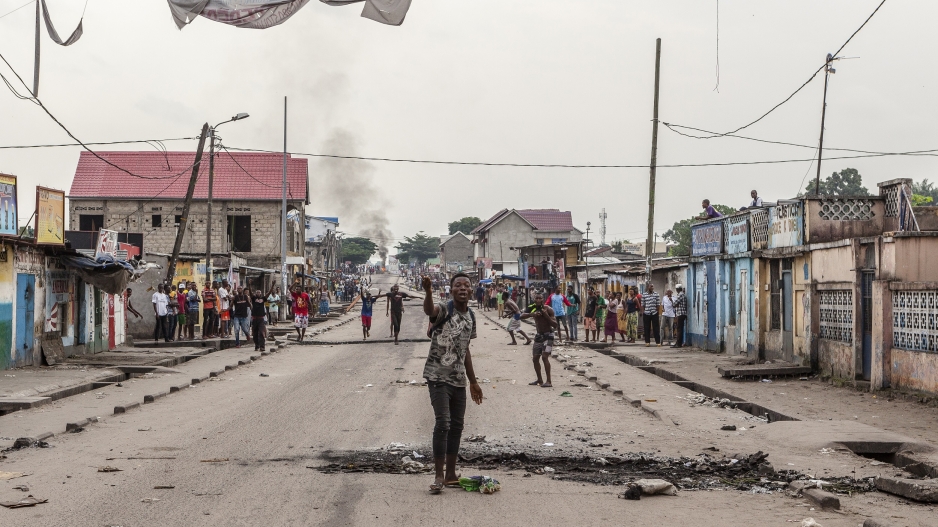 File: The UN Office for the Coordination of Humanitarian Affairs said tens of thousands of civilians were caught in a "cycle of violence" in the mineral-rich nation's central provinces.

KINSHASA - Over two dozen people have been killed since the start of the year in clashes pitting the Democratic Republic of Congo's security forces against supporters of a slain tribal chief, a local governor said in a statement.

"The death toll since the start of 2017 is 26 people killed including four civilians, nine members of the security forces and 12 militia fighters," Kasai-Central provincial governor Alex Kande said in a statement seen by AFP on Wednesday.

The wife of one of the militia leaders was also killed, Kande added.

The latest casualties add to a soaring toll of at least 140 dead in spiralling clashes in central DR Congo since tribal chief Kamwina Nsapu was killed in mid-August, according to the UN.

In a statement last week, the UN Office for the Coordination of Humanitarian Affairs said tens of thousands of civilians were caught in a "cycle of violence" in the mineral-rich nation's central provinces.

"The situation is worsening by the day," it said.

In his statement, governor Kande said: "Kamwina Nsapu's movement has morphed in total anarchy into a deadly guerrilla force."

He accused Kamwina Nsapu's supporters of forcibly recruiting minors and of using women and children as human shields in their fight against the government.

"Six AK-47 (rifles) and 14 homemade shotguns have been seized," the governor's statement said.

On Monday, fresh clashes erupted when schools reopened in Kananga, the provincial capital of Kasai-Central, pitting the security forces against Nsapu's supporters, who sought to prevent children from attending classes, a local official said on condition of anonymity.

After the clash the bodies of three adults, most likely militia fighters, were found in a river, the official added.

Kamwina Nsapu was killed in a police operation on August 12 last year, soon after he made his first call for the "liberation of Congo" in an audio message that was posted online.

DR Congo has for months been mired in a political crisis over President Joseph Kabila's refusal to step down.

But the vast nation has continued to suffer unrest unrelated to the crisis over Kabila's rule, with ethnic and religious clashes raging on in several parts of the country.