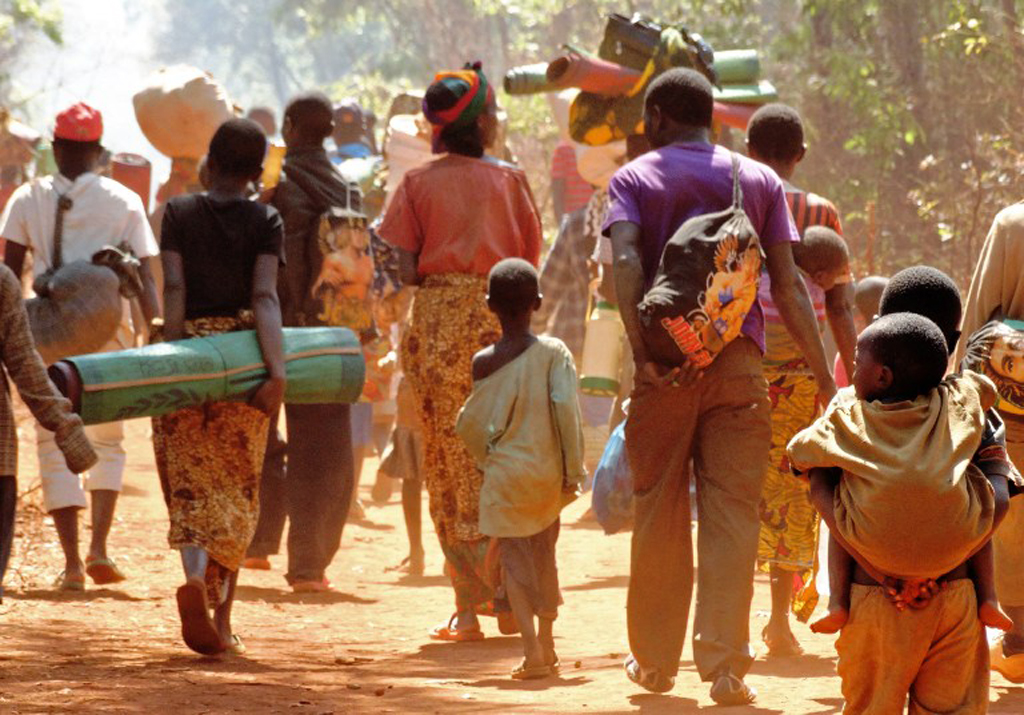 A handout picture taken on October 7, 2015 and released a week later by Oxford Committee for Famine Relief shows Burundian refugees walking to Nduta refugee camp in the Kigoma region of northwest Tanzania.

KHARTOUM - About 32,000 South Sudanese have entered Sudan since the start of the year, with tens of thousands more expected to arrive fleeing a famine in their country, the UN refugee agency said Sunday.

On Monday, South Sudan, the world's youngest nation formed after splitting from the north in 2011, declared famine in some regions, saying 100,000 people faced starvation and another million were on the brink of famine.

The UN refugee agency UNHCR said it was initially expecting up to 60,000 South Sudanese to arrive in Sudan in the whole of 2017, but "the level of new arrivals has thus far surpassed initial expectations".

"So far, nearly 32,000 refugees are estimated to have arrived in Sudan in 2017," UNHCR said in a report released on Sunday.

"The food security situation is expected to deteriorate further in coming months" in South Sudan given that a famine has been declared in parts of the country's Unity State, it said.

UNHCR said refugees have reported walking for five to seven days to reach Sudan's border state like White Nile, and that 90 percent of the new arrivals there are women and children.

"Many arrive exhausted and in poor health, often with critical levels of malnutrition," it said.

UNHCR anticipates a continuous influx of South Sudanese refugees throughout 2017, but was concerned over the drop in funding to meet their needs.

The agency and partners have appealed for $ 166.65-million (R2.1-billion) to meet the needs of South Sudanese refugees in Sudan, it said.

READ: Boko Haram and famine, a dilemma for Nigeria

Aid groups have slammed a "man-made" famine caused by bloodshed in South Sudan where civil war has forced people to flee, disrupted agriculture, sent prices soaring and cut off aid agencies from some of the worst-hit areas.

South Sudan has been engulfed by civil war since 2013 after President Salva Kiir accused his rival and former deputy Riek Machar of plotting a coup.

UNHCR said since the war erupted nearly 330,000 South Sudanese refugees have arrived in Sudan fleeing war and food insecurity in their country.