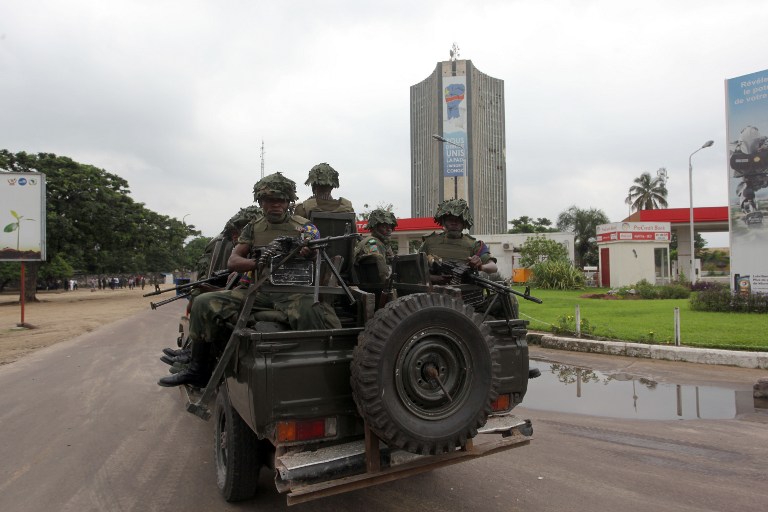 Soldiers of the FARDC (Democratic Republic of Congo Army) patrol Kinshasa after reports of shooting at a nearby airport.

BUKAVU, DR Congo - Thirty-four Congolese militiamen have been handed over to the Democratic Republic of Congo by officials in Burundi, the Congolese military said on Friday.

The militiamen belong to the rebel Yakutumba group and were handed over to the Congolese authorities by the Burundi National Intelligence Service (SNR), Burundian officials said.

The group had crossed into Burundi while the Congolese army was conducting operations in a nearby region, Burundian police said on Thursday.

"Thirty-four militiamen who surrendered to Burundian security forces at Rumonge were extradited Wednesday from this region and are currently in the hands of the Congolese army at a secret location," said Captain Dieudonne Kasereka, deputy spokesman for the Congolese army in South Kivu province.

Among those captured include "a captain who commanded the naval force of Yakutumba and a lieutenant of the Congolese army who joined Yakutumba last November", Kasereka added.

Although the DR Congo military said 34 militiamen were handed over, an anonymous source in Burundi said four "wounded" rebels remained in the country being treated in hospital.

In the last ten days, thousands of Congolese have crossed Lake Tanganyika and taken refuge in Burundi as clashes raged between DR Congo government forces and rebels in the troubled eastern province of South Kivu.

The DR Congo government has announced it is waging "war" against two militias in the east -- the Yakutumba and the Ugandan Islamist rebels of the Allied Democratic Force (ADF).

The Congolese Yakutumba are in South Kivu while the ADF are active in North Kivu.