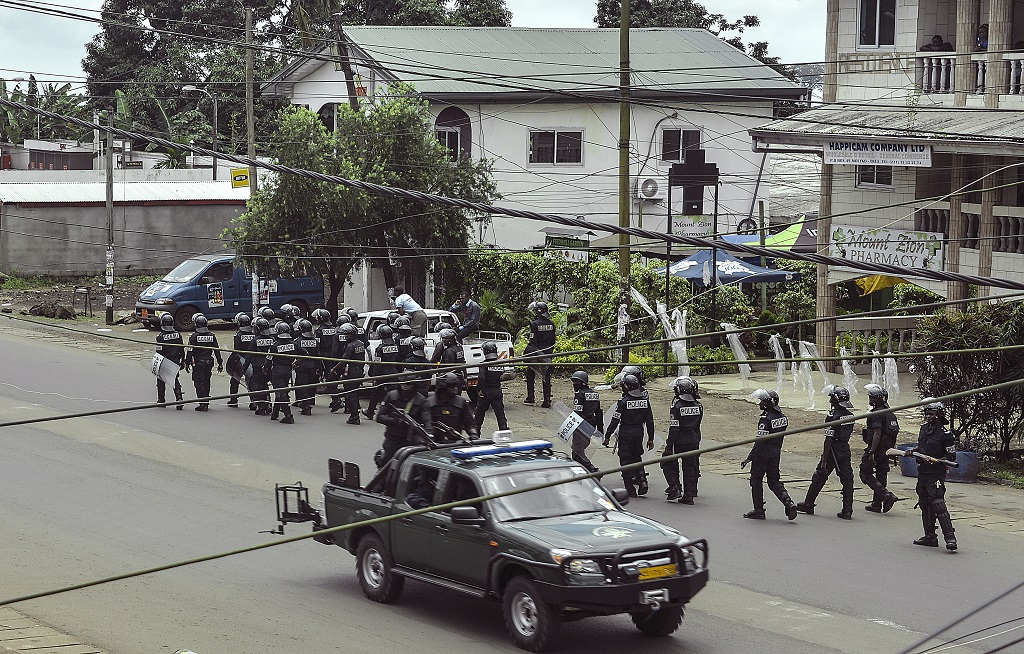 Cameroon police officials with riot equipment patrol along a street in the administrative quarter of Buea some 60kms west of Douala on October 1, 2017.

YAOUNDE, Cameroon - Four police officers were killed in an attack by suspected separatists in Cameroon&39;s English-speaking region on Monday, a government minister said, the latest violence to strike the country&39;s troubled west.

"Unfortunately an attack took the lives of four of our police officers, coldly murdered this Monday in Kembong," Communications Minister Issa Tchiroma said, referring to a region that has witnessed a spike in violence by separatists.

English-speakers account for some 20 percent of Cameroon&39;s population of 23 million but have long chafed under the rule of 84-year-old president Paul Biya, one of the world&39;s longest serving leaders.

The minority dates to the emergence of Cameroon in 1960-61 as France and Britain wound down their colonies in west Africa.

Anglophones have long protested against what they perceive to be a bias in favour of the French-speaking majority.

Since November 2016, resentment has fed demands for autonomy or a separate state but the government has responded with a crackdown, including curfews, raids and restrictions on travel.

International monitors say between 20 and 40 people have been killed since late September.