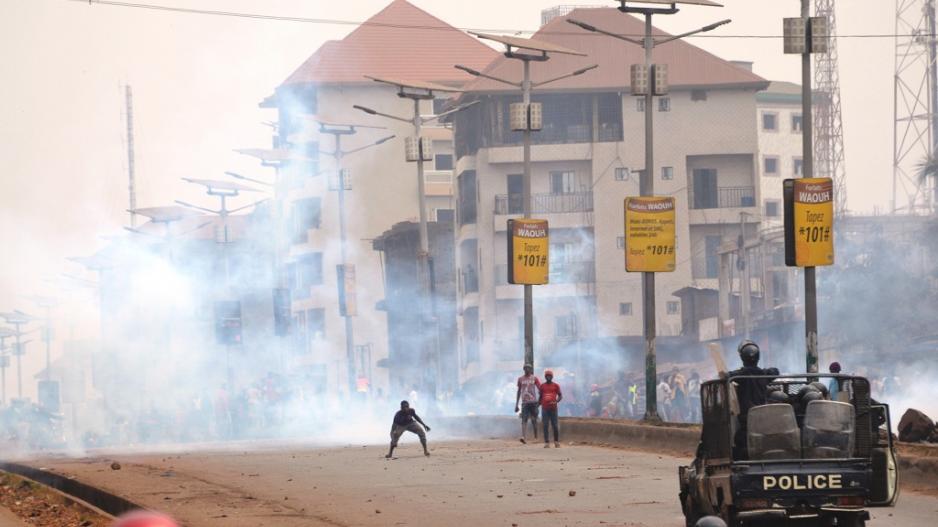 People clash with riot police during a demonstration against the results of the local elections, on February 6, 2018 in Conakry.

Unrest has flared in the West African country after the ballot, with seven deaths recorded so far across the country amid violent clashes between opposition supporters and riot police.

"After the violence in Kalinko, security forces made arrests of at least 50 people who were all transferred to Faranah prison," Mamadou Lamarana Diallo, a local official, told Guinean radio on Wednesday.

Diallo said some of those arrested were carrying weapons, and that the wave of violence in the town had spread to nearby villages.

Sunday&39;s vote was the first of its kind since the end of the era of military dictatorship, and followed eight years of delays blamed on a lack of funds, political infighting and the 2013-16 Ebola crisis.

Results are expected by Friday.