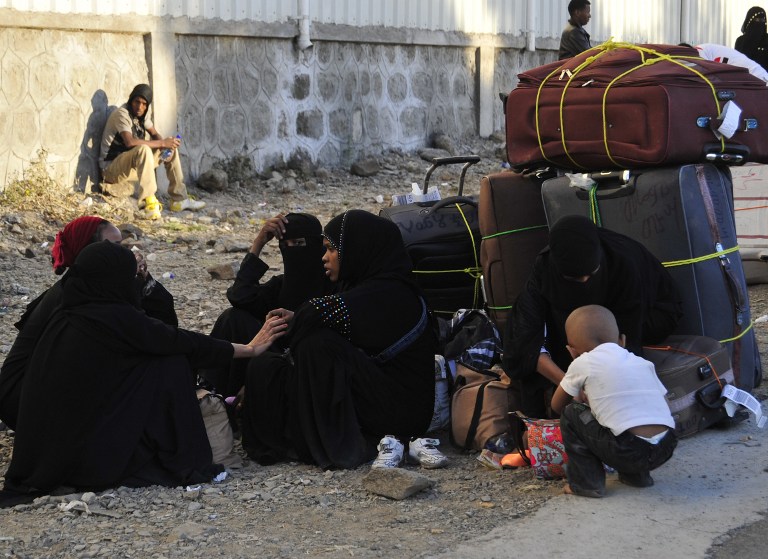 MADRID - Some 500 African migrants stormed a triple barbed-wire border fence Monday that divides the Spanish territory of Melilla from Morocco, with about 100 making it over, an official said.

The migrants targeted two different sections of the border and were "very violent" as they used "sticks and threw rocks at Spanish and Moroccan police", said a spokeswoman for the Spanish government&39;s representative in Melilla.

About 100 of the roughly 500 migrants involved in the border assault managed to enter Melilla, she added.

The Moroccan interior ministry said at least 27 people had been wounded, including 13 members of its security forces hit by rocks that the migrants hurled at them as they stormed the border fence.

Moroccan police arrested around 100 migrants, including 14 who were taken to hospital in the nearby town of Nador suffering injuries caused by the barbed wire that the Spanish authorities have placed on top of the barrier as a deterrent.

It was the latest in a series of coordinated assaults by African migrants on the border of Melilla, which along with fellow Spanish territory Ceuta has the European Union&39;s only land borders with Africa.

The two cities sit across the Mediterranean from mainland Spain, surrounded by Moroccan territory.

On February 17 about 150 African migrants made it into Melilla in another mass assault by migrants bearing sticks and stones.

At least 14 migrants drowned in Moroccan waters on February 6 while trying to enter Ceuta by sea after several hundred tried to storm the land border.

Spain&39;s interior ministry on Friday posted videos online showing police firing rubber bullets as the migrants swam into Spanish territory from Morocco, but denied this action contributed to the drowning of the migrants.

The spike in the arrival of migrants to Melilla in recent weeks has caused the population of an internment centre in the Spanish outpost to swell.

The centre, which has room for 480 people, currently houses more than 1,000 migrants. Military tents have been set up at the centre to accomodate the overflow.

Depending on treaties between Spain and the country of origin of each immigrant, some are repatriated and others are allowed into Spain.