500 killed in five months of violence in Congos Kasai province 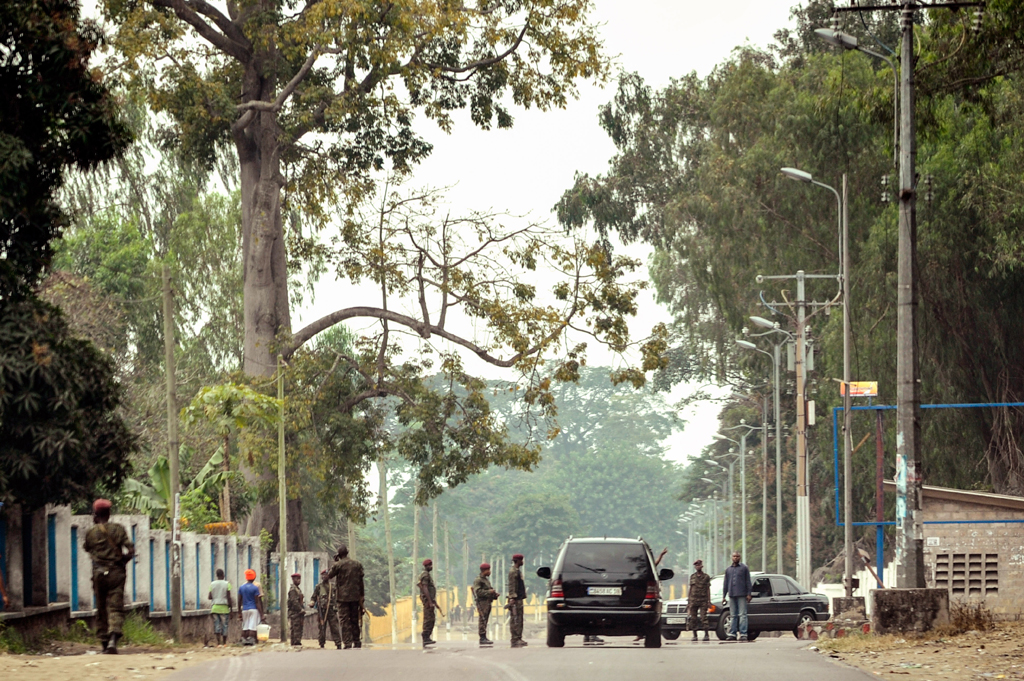 Soldiers of the Congolese Republican Guard stand guard at the entrance of the Tshatshi military camp in Kinshasa on July 22, 2014, following an attack by an unknown armed group against the camp.

JOHANNESBURG – In the past five months violence in the Democratic Republic of Congo’s (DRC) central Kasai province has claimed the lives of over 500 people.

Violence spiked following clashes between the Kamwina Nsapu militia and troops after the traditional head of the militia, which wanted state presence in the area removed after accusing the government of exercising “unjust political domination”, was killed in fighting in August.

In April, United Nations investigators discovered the sites of 17 mass graves in Kasai, part of dozens more found since the unrest began.

The UN has documented 40 mass grave sites in total and the killing of over 400 people in Kasai Central and Kasai Oriental provinces since last August.

A further 1.3 million people have fled the region due to fighting, according to the UN. In early 8,000 people were displaced on a daily basis.

DRC President Joseph Kabila signed military orders declaring the region a military zone on April 6 with the aim of quelling the violence.

Last month, Zeid Ra’ad Al Hussein, the UN high commissioner for human rights, called the DRC’s government to launch an investigation into reports of rapes and killing by soldiers, threatening that the International Criminal Court (ICC) would do so if authorities failed to take action.

But it is not only Kasai province which has been wracked by violence.

“The DRC endured much bloodshed and brutal political repression in the lead-up to the December 19, 2016, deadline that marked the end of Kabila’s constitutionally mandated two-term limit,” said Human Rights Watch (HRW).

A Catholic Church-mediated agreement signed at the end of 2016 includes a clear commitment that presidential elections would be held before the end of 2017 and that Kabila would not seek a third term.

Yet progress on implementing the deal has stalled, and serious questions persist about whether Kabila and other political leaders are committed to organising elections, added HRW.

The government crackdown against the political opposition, media, and civil society groups continues, and there has been little to no accountability for past abuses.

Violent conflicts have intensified across the country, as numerous armed groups, and in some cases government security forces, attacked civilians.