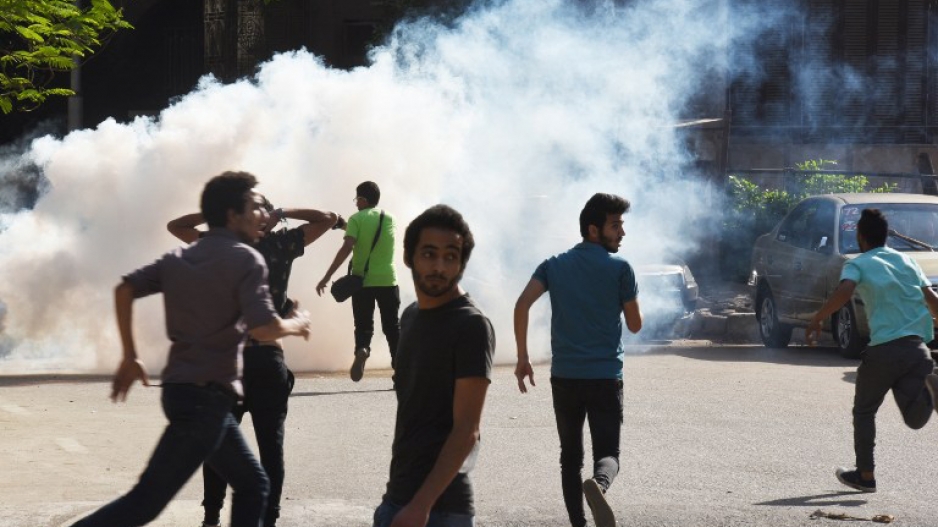 Egyptian protesters run for cover from tear gas fired by riot police during a demonstration in Cairo on April 25, 2016, against the handing over of two Red Sea islands to Saudi Arabia.

CAIRO – Eight Egyptian soldiers were killed in a car bomb attack targeting a checkpoint in Sinai, where the local affiliate of the Islamic State group is leading an insurgency, the army said Thursday.

"A group of armed terrorists attacked one of the security checkpoints in north Sinai," the army spokesman said.

"A car bomb attack, the clashes that ensued and a blast targeting one of the vehicles left eight members of the armed forced dead," he added.

Three jihadists were also killed in the fighting, he said.

The military did not reveal where exactly in northern Sinai the attack had taken place.

There was no immediate claim of responsibility for the attack.

The army has been battling an Islamist insurgency in northern Sinai which has escalated since the military overthrow of Islamist president Mohamed Morsi in 2013.

The government says hundreds of police and soldiers have died in the attacks, which have also hit Cairo and the Nile Delta.

Most of the attacks have been claimed by the Egyptian IS affiliate.

The jihadist group also said it was responsible for the downing of a Russian plane over Sinai in October 2015 which killed all 224 people on board, most of them Russian holidaymakers.