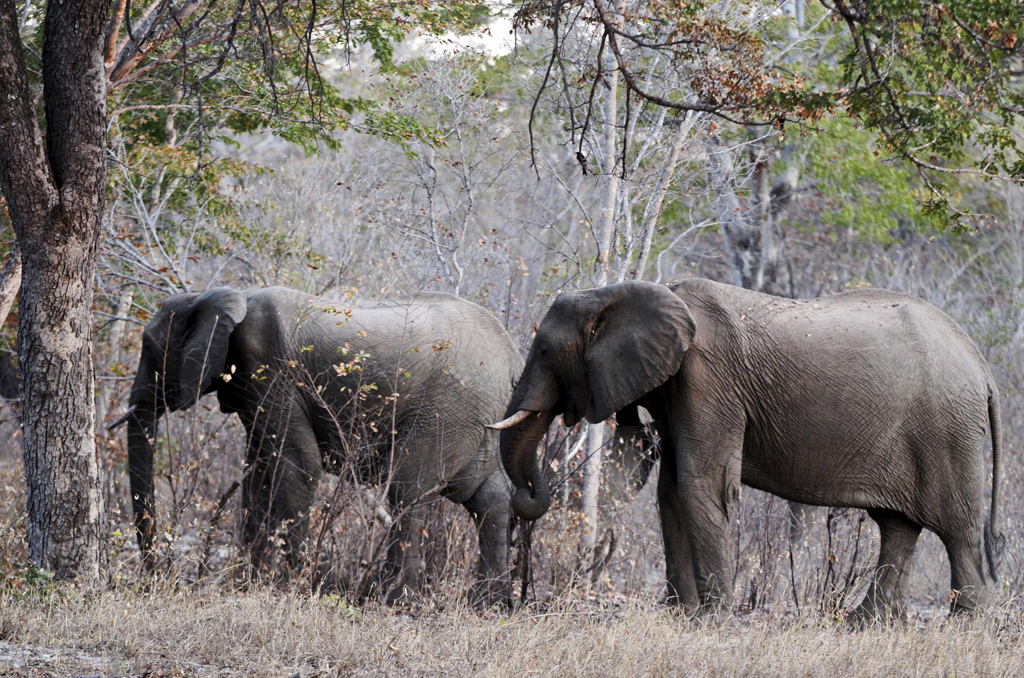 JOHANNESBURG  – Eight men from western Zimbabwe have been arrested on suspicion of the cyanide poisoning of more than 60 elephants in the Hwange National Park in the last three months.

They were arrested by members of the border control unit of the Zimbabwe Republic Police and Parks and Wildlife Management Authority and were accused of being part of a poaching “syndicate”. Details of the syndicate were not released by the police.

Forget Shoko pleaded guilty to possessing raw ivory after police recovered a pair of elephant tusks, weighing 26 kilograms and valued at about R100,000, hidden under a bed.

He was sentenced this week to 10 years in the Hwange prison by regional magistrate Lindiwe Maphosa.

Details of the other charges and sentences could not be ascertained.

Police also recovered another three tusks and five kilogrammes of cyanide in their hunt for the elephant killers.

Wildllife sources said that investigators were also looking for one ranger from the parks authority who has fled his job at Main Camp in the Hwange area.

The combined police and parks authority detectives found two tusks in the boot of a vehicle in Victoria Falls on Tuesday. The driver of the vehicle abandoned his car with the keys in the ignition.

“I think we are getting on top of this finally,” said one insider in the wildlife industry who asked not to be named.

“The new minister (Oppah Muchinguri) seems to be determined to turn this around and also ensure that rangers are paid more. We are feeling quite relieved about the arrests.”

Muchinguri did not answer her mobile phone on Wednesday but she has addressed the media several times in the last few weeks, saying she was determined to stop poaching. She said the Zimbabwe National Army would be deployed in some wildlife areas.

Insiders told ANA last month that some rangers may be poaching both as a protest against their poor working conditions and as income because they are paid so poorly, while some of the executives at the administrative headquarters of the parks authority in Harare paid themselves “inappropriately”.

Three members of the parks authority have been suspended in the last week.

Zimbabwe may be the only country in Africa where wildlife conservation is not funded by the government. The parks authority has to raise revenue from hunting and tourism to cover its costs in its huge national parks and safari sites.

The willife world was outraged when a lion popular with tourists, known as Cecil, was killed on a wildlife farm near the Hwange National Park in July.

Walter Palmer, Bronkhorst’s US client who killed Cecil at night with a bow and arrow, will not be charged as he broke no law, according to Zimbabwe’s prosecuting authority.