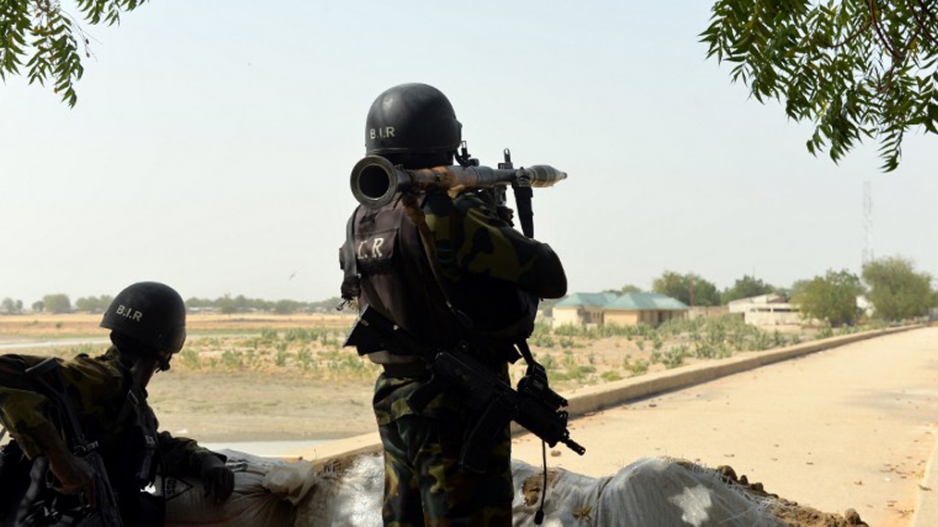 A picture taken on February 17, 2015 shows Cameroonian soldiers holding a position in the Cameroonian town of Fotokol, on the border with Nigeria, after clashes occurred on February 4 between Cameroonian troops and Nigeria-based Boko Haram insurgents.

YAOUND - Cameroon troops killed around 100 members of Nigeria&39;s Boko Haram Islamist group and freed 900 hostages in a three-day operation in the far north of the country, the defence ministry said on Wednesday.

"A special clean-up operation from November 26 to 28" against Boko Haram fighters in the border area with Nigeria, where troops seized Islamic State (IS) flags, "neutralised more than 100 jihadists", Defence Minister Joseph Beti Assomo said in a statement broadcast on national radio.

At least four people were killed in twin suicide attacks in the far north of Cameroon, an area that has been repeatedly targeted by Boko Haram jihadists from neighbouring Nigeria, security sources and state media said Wednesday.

Eleven killed in Boko Haram attacks in Cameroon Ten civilians and a solider were killed i... pic.twitter.com/KJk3sbRsCO

"Two suicide bombers blew themselves up in two districts of Waza" on the Nigerian border on Tuesday night, a security source who did not wish to be named, said.

The victims included civilian vigilantes who were trained by the community to guard Waza against attacks, the security source said.

The attacks are the first of their kind in Waza, a town on the edge of a national park teeming with lions, elephants and other wildlife that used to draw tourists but which has been abandoned by foreign visitors since the region, which borders Nigeria and Chad, became a target for extremist attacks.