A boost for Nollywood with 'The Wedding Party' success 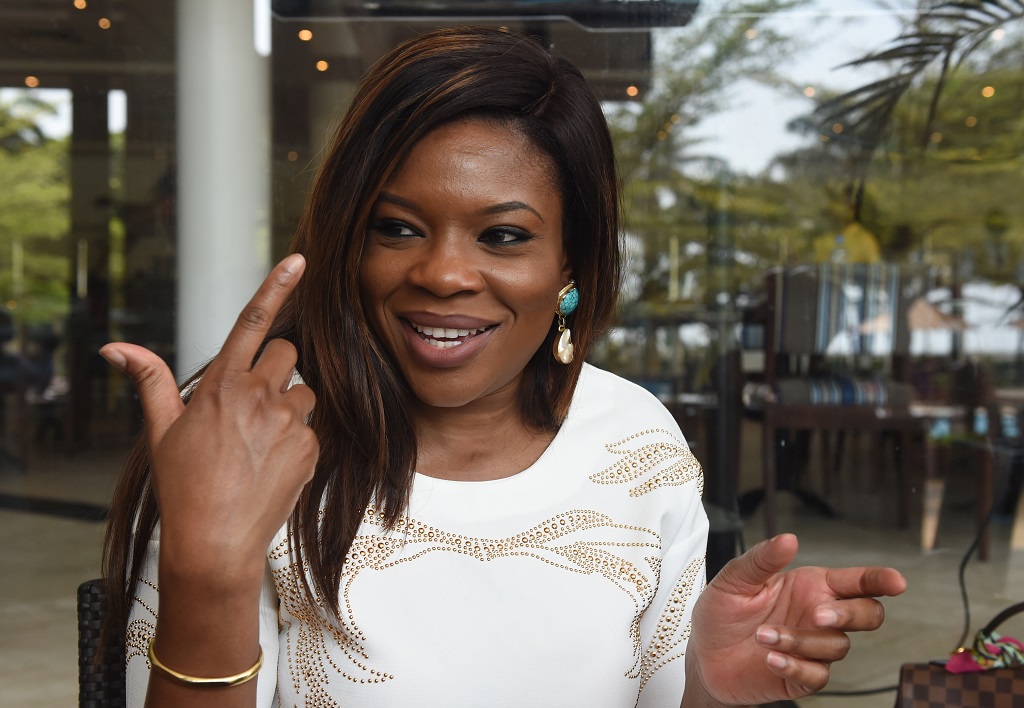 Nigerian director Kemi Adetiba, who directed "The Wedding Party", speaks about the film in Lagos on February 4, 2017.

LAGOS - Nollywood film "The Wedding Party" has shown Nigerian cinema at the top of its game, with its success at the box office taking it to new audiences across Africa and the world.

The country may well be in recession but Nollywood, which churns out some 2,000 films a year and is the world's second-biggest film industry outside India, has never been healthier.

"The Wedding Party" is a madcap, glamorous comedy telling the story of the marriage of Dunny and Dozie, despite the misgivings of their families' rivalries.

One family is Igbo and the other Yoruba - two of the main ethnic groups in Nigeria.

The film's director, Kemi Adetiba, admitted that she hadn't expected it to be so successful.

In the two months since its release, the film, which is still showing in cinemas, has already generated 400 million naira (R17-million), shattering the west African nation's previous record.

Until then, the record was the 178.5 million naira made by "A Trip to Jamaica", which also came out last year, showing that homegrown films can be more popular than Hollywood blockbusters.

At a cinema in Lagos, the audience cried out in delight at the sight of hundreds of guests of the bride and groom trying to outdo one another in frenzied traditional dances.

Betty, a 27-year-old Lagos entrepreneur, had seen the film three times already but was still laughing throughout. She said the dance contest was her favourite scene.

Another cinema-goer, Joy, said the film sends out a message by mocking the intolerance and mistrust that often characterise relationships between Nigeria's different ethnic groups.

"The movie is like two sides of Nigerians: the Igbos and Yorubas, the toughest part in Nigeria," she said.

"It is like harmonising the two parts together and making us understanding why we need to be together, no matter the tribe."

Critics, the public and the vocal band of Nigerian cinema bloggers have called the film "superb" and "perfectly cast". They also agree 2016 was an "exceptional" year for Nollywood.

About a dozen Nigerian films including "The Wedding Party" have been shown at international film festivals, including in Toronto last September.

"The CEO" for example, which came out in June last year, had a budget of more than $1 million and couldn't be further removed from the shoestring productions that typify Nollywood.

"We are in a crucial time in the history of Nigerian film-making," said Abiola Adenuga, the head of the PEFTI Film Institute in Lagos.

"Nigerian people are a very selective audience... internationally travelled, we know what to obtain everywhere and we expect nothing less on the home front."

Since Nollywood took off in the 1980s, movies were often made in just a few weeks with a budget of less than $20,000.

Most went straight to DVD and were pirated, to be sold at traffic lights, junctions and market stalls.

But the improving quality of local productions, the explosion of pan-African satellite television channels and the opening of more modern cinemas, has helped the industry take off.

In 2014, Nollywood generated $7.2 billion or 1.4 percent of Nigeria's economy, according to the Oxford Business Group.

But beyond the modernisation of the sector, it's the "Nigerian touch" of the film, the exuberance of its characters and the gags that's made "The Wedding Party" a success, its director said.

"The first thing that was important to us was making a Nigerian story," Adetiba added.

"The story of love and romance is very universal but we didn't try to play like a Hollywood movie or that sort of thing.

"We wanted people to be able to turn around and go, 'That's my mum, that's my auntie.' And that's what happened."