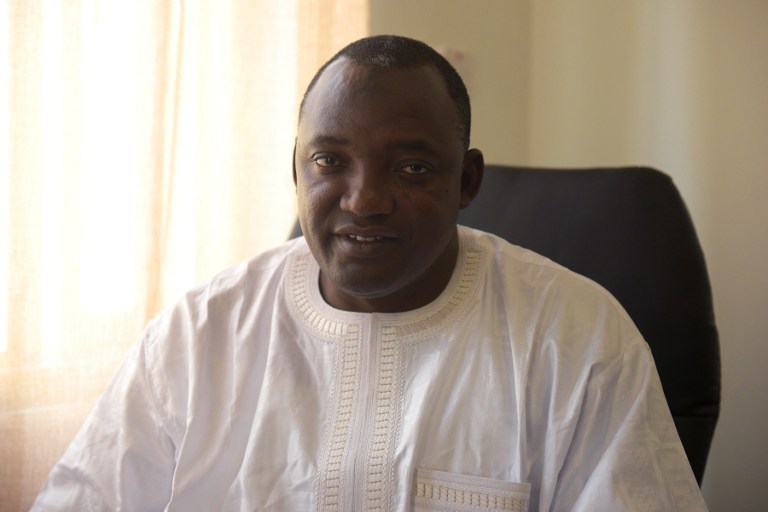 DAKAR - Gambia's new president, Adama Barrow, has asked the Ecowas military to remain in the country for six months after the military pressured his predecessor, Yahya Jammeh to go into exile, after he refused to accept election defeat.

Barrow, won the election on 1 December and was sworn in as President at Gambia's embassy in Dakar, Senegal last week.

He remained in Senegal as the Ecowas force carried out a sweep of Gambia, neutralising any lingering security threats, and arrived on Thursday

Dressed in flowing white robes and cap, Barrow stepped off the plane, with heavily-armed troops from Senegal and Nigeria standing by as his plane landed.