Africa takes grim stock of the economic impact of Ebola 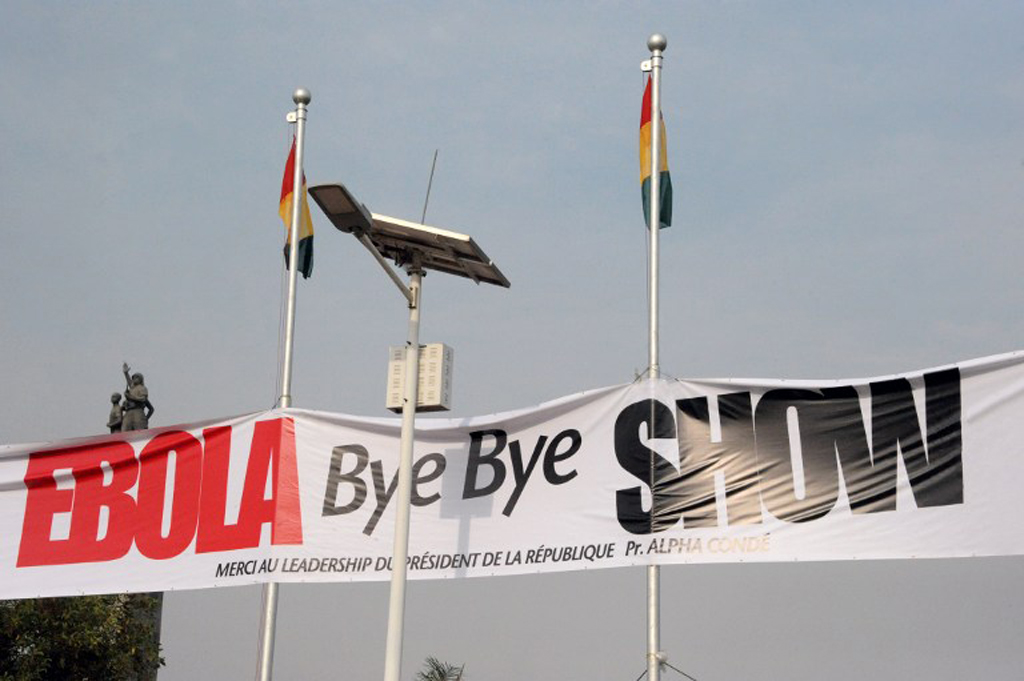 Guinea held a "Bye bye, Au Revoir Ebola" concert on December 30 after the World Health Organization announced the end of the epidemic in the country a day earlier.

FREETOWN - Gold miner Dauda Kamanda has never been rich, but before Ebola hit Sierra Leone he was getting by selling the nuggets he unearthed to traders who exported them across Africa and the Middle East.

Then, one by one, his Lebanese and Senegalese clients in the northern district of Koinadugu fled as the deadly outbreak gripped the country in 2014, and Dauda&39;s $500 monthly income disappeared.

"After the buyers fled, I had to take a part-time job carrying luggage at the lorry park for people going to the capital," he told AFP.

As the world awaits the announcement on Friday that the worst-ever Ebola epidemic has been beaten in west Africa, the three most affected countries of Liberia, Guinea and Sierra Leone are taking grim stock of the devastation wrought on their economies.

Already fragile after years of civil war, dictatorship or coups, the epidemic has devastated the mining, agriculture and tourism industries in the region, where more than 11,000 people died from Ebola.

Strong recent expansion has been curtailed in Guinea and while Liberia has resumed growth, Sierra Leone is in a severe recession, according to the World Bank.

The bank estimates the regional economic damage to have been $2.2 billion over 2014-15 and has mobilised around $1.6 billion for Ebola response and recovery efforts.

Fuelled by foreign investment in its mineral wealth, Sierra Leone had made considerable progress in recovering from a brutal 11-year civil war and its economy grew by 11.3 percent in 2013.

But Ebola slashed growth to four percent in 2014 and the economy contracted by a massive 21.5 percent in 2015, according to Finance and Economic Planning Minister Kaifala Marah.

"The traditional growth-driving sectors -- agriculture, mining, et cetera -- were severely disrupted," he told AFP, adding that the damage had been exacerbated by a slump in iron-ore prices, the main international export.

Around 7,500 jobs were lost by the closure of two mines run by African Minerals and London Mining, which both went into administration.

In Guinea, where small enterprises and the informal economy are heavily reliant on imports, the closing of air borders that accompanied the crisis were crippling.

"I often went to Dubai and Bangkok to buy gold chains and my shop was always well stocked," businessman Fatou Balde told AFP in Conakry.

"I had a lot of customers, especially among retailers, but now the shelves are empty."

In Liberia, 12 percent of businesses surveyed during the peak of the crisis have since closed down, according to the London-based International Growth Centre (IGC).

Like numerous entrepreneurs interviewed by AFP, 45-year-old Amadou Diallo, who imports goods from Guinea to Liberia, said the closing of borders at the height of the crisis and an exodus of foreign investment had put him out of business.

"After the first outbreak we had to start over. It was hell really. We could no longer go for goods out of the country, we had to survive on the money we had," he said.

The US Agency for International Development funded a mobile phone survey of 30,000 people across Liberia and Sierra Leone in the first six months of 2015 to find out the impact of Ebola on their finances.

In Sierra Leone 70 percent said their household incomes had dropped since June 2014 while the figure was 60 percent in Liberia.

Yet respondents were confident about job markets recovering, in a note of optimism echoed by ministers in Sierra Leone, who expect the economy to stabilise this year and recover strongly to 19.6 percent growth in 2017.

A further reason for hope, says Dianna Games of South African business consultancy Africa At Work, is the relative good health of the regional economy.

She noted in a recent commentary for the Johannesburg-based newspaper Business Day that growth for the broader Economic Community of West African States is forecast at seven percent for 2016.

"Ebola&39;s effect has been minimal because the three worst-affected countries comprise less than two percent of regional gross domestic product," she said.