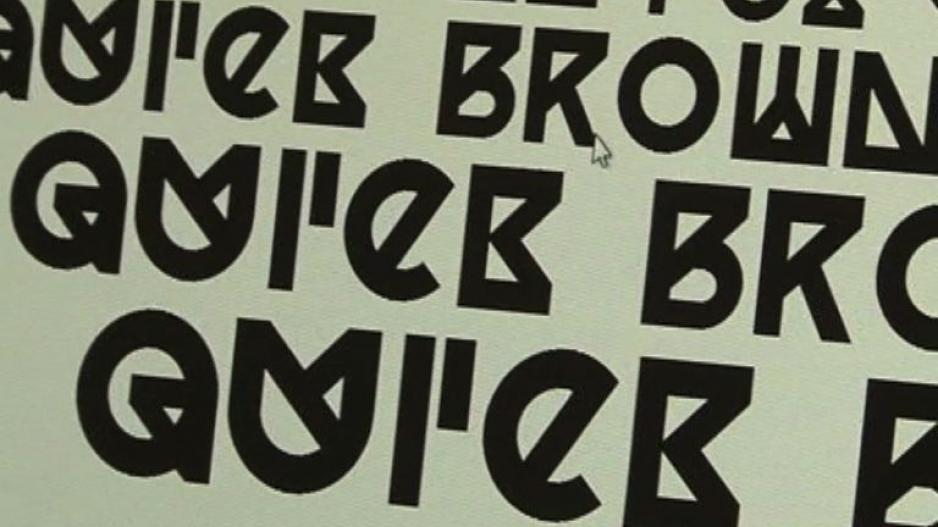 Nairobi - Not sure which font to use for a poster or email?

Now a young artist in Nairobi, Kenya, is pioneering a brand new continental font that could just be the answer to your digital design.

It&39;s a common concern in today&39;s modern, techno-savvy society. What font to use to send tout hat all-important email.

From the font you choose, you could appear to your reader to be intelligent, organised or perhaps intriguing and artistic.

Now there&39;s an African font, designed for Africans, by Africans that will -- it&39;s hoped -- help promote the continent and its heritage.

It all came about when an artists&39; workshop, the Nest, pitched the idea to graphic design student, Kelvin Karanja.

The 20-year-old  grabbed the opportunity to create a font that honoured his ancestors.

"I went out there, researched, looked at ancient type phases from Europe, Asia, then tried to find African ones which was really difficult," said Karanja.

"When I did, they actually sparked something on me cause I love geometry and most of them were so geometrical."

The font -- which took six months to develop -- is called Charvet, a French word, meaning "all encompassing".

"The concept is that the font itself encompasses a lot of inspiration that I have gained from African writing that was once there."

But it is available online, and can even be modified.

"I would love it to be used as a display font for posters, animations or even headlines in newspapers. That would be cool," he said.

"I would push it to be used by everyone, not just make it be only Africans to use it more than everyone in whole world."