African leaders call for global support in the fight against terrorism 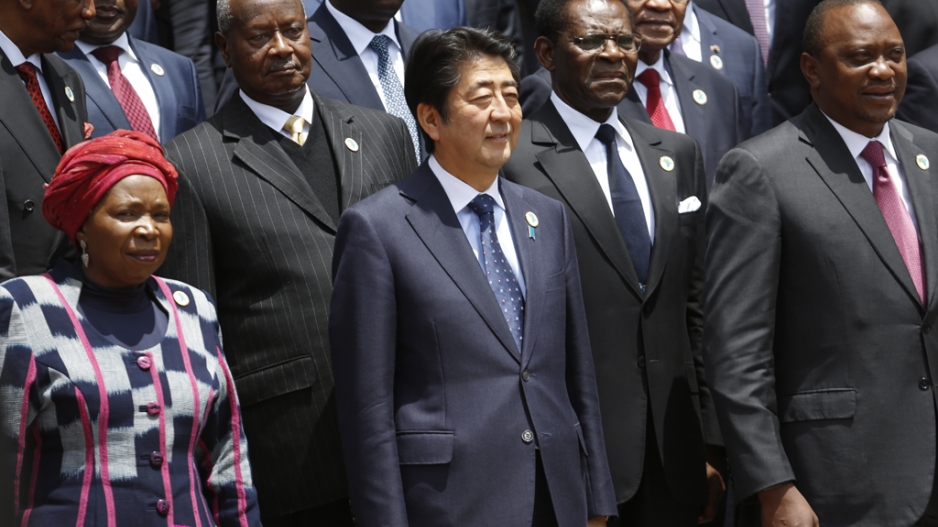 NAIROBI – Although African leaders are meeting Japanese Prime Minister Shinzo Abe in Nairobi for trade, investment, and development talks in the sixth Tokyo International Conference on African Development summit, terrorism is at the back of their minds as they believe increased extremism and terrorism in the continent is a threat to development.

Kenyan President and summit host Uhuru Kenyatta and AU chairman and Chadian President Idriss Deby both told the conference more resources had to be directed towards fighting terrorism.

Deby asked Japan and the international community to “contribute” to the AU fund against terrorism, which was set up during the recent AU summit in Kigali, Rwanda. “The threat of terrorism is an absolute threat, and it does compromise very dangerously all our development efforts and even endangers our future,” he said.

For Kenyatta, the “borderless” element in counter-terrorism efforts was key to combating extremist groups. “Terrorism is threatening and even dismembering some states. Organisations practicing this illicit and savage form of violence are spreading their cells throughout the world. No country or region is immune or distant. The terrorists are adept at exploiting open and democratic societies, and are trying to militarise any sectarian or political divide. Their negative impact on economies is often severe, as we have experienced here in Kenya, across Africa, and the world,” he said.

There was a need for partnerships to deal with terrorism in the continent. “We have also sharply increased our collaboration with neighbours and allies. To sustain this effort and destroy existing terrorist groups is going to demand even more effort in this direction,” Kenyatta said.

Abe said Africa required a permanent seat on the United Nations Security Council to ensure its voice was heard on security issues. “The enormous continent of Africa has [been] given no permanent member to the United Nations Security Council. Please accept my complete support on this point. You in Africa have a right as a matter of course to demand that the international community better reflect your views. Africa should send a permanent member to the (council) by 2023 at the very latest,” he said.

The AU’s 50-year development vision, also called Agenda 2063, sets 2023 as the year when the continent will have a member on the UN’s key decision-making body.

UN Secretary General Ban Ki-moon said Africa would get all the support it required to foster development. “The UN will continue to do its part in advancing the TICAD agenda and supporting Africa’s efforts to achieve the sustainable development goals. Together we shall ensure that no one and no African is left behind,” Ban told the summit via video link.

The African leaders would use the upcoming UN General Assembly in New York to “expound on its vision for the future”, Deby said. The general assembly meeting is scheduled to start on September 13 in New York.