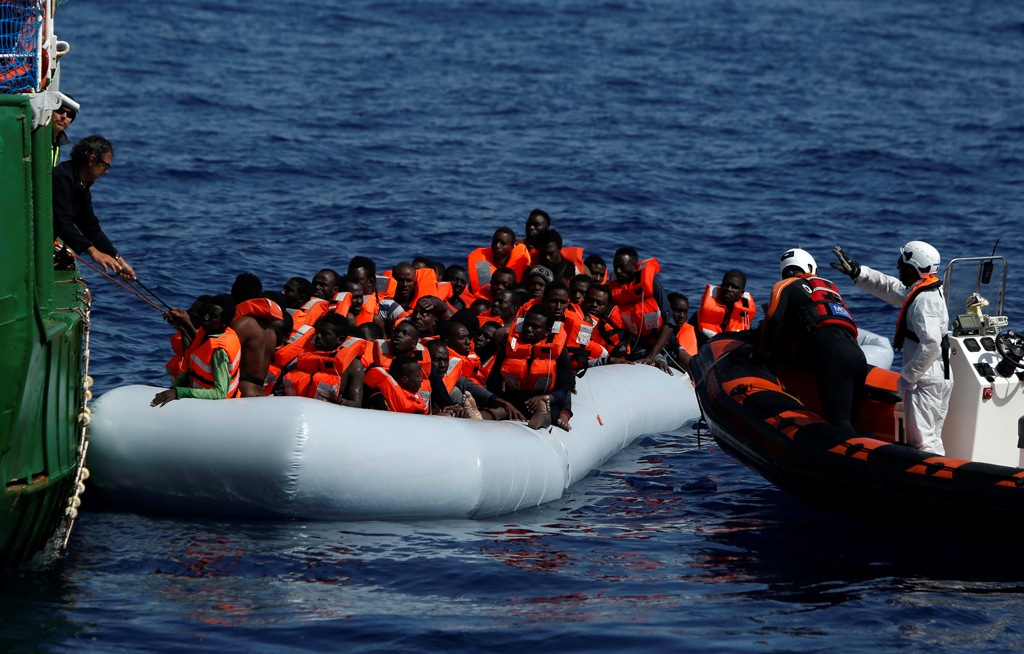 Migrants in a rubber dinghy wait to be rescued by NGOs Sea-Eye and the Migrant Offshore Aid Station (MOAS) after some migrants drowned in the central Mediterranean in international waters off the coast of Libya.

DURBAN – African countries are becoming increasingly repressive and causing more people to leave their homes, British charity Oxfam said this week, as Germany warned of the destabilising effect migration is having on the continent.

Political freedom and the problem of Africa's brain-drain were among the leading issues on the agenda at the World Economic Forum on Africa held in Durban which wrapped up on Friday.

Oxfam's executive director Winnie Byanyima said that "repressive laws on freedom of association and speech" were  "a driver of migration."

German Finance Minister Wolfgang Schaeuble warned at the gathering that "if we fail to stabilise the African continent in the years and decades to come, we will face increasing geopolitical risks" -- including more migrant arrivals in Europe.

South African President Jacob Zuma, who hosted the forum of African movers and shakers, described the handling of migration as among the "critical challenges facing the world".

The total number of migrants worldwide reached 244 million in 2015, and among them a record 63 million were forced to leave their homes, including refugees, people displaced within their own countries and asylum seekers, the World Food Programme said on Friday.

Byanyima said that massive outflows from Africa were a damning verdict on the performance of the continent's political class.

"That is a judgement on the leadership we have on our continent, failing to create economic opportunities for their people," she told AFP.

"In many of those countries you have repressive illegitimate regimes that spend the money that should go toward empowering their people on security systems, on monitoring their people, oppositions and silencing media."

A recent survey by CIVICUS, which monitors freedoms worldwide, found that only two African countries were fully open -- the island nations of Cape Verde and Sao Tome & Principe.

Not one country on the African mainland was found to be free.

Byanyima also criticised wealthy governments which have diverted their aid budgets into covering the costs of refugee arrivals.

"If they help to make countries stable, to achieve inclusive growth then people will not want to leave their homes. Development cooperation is a tool for peace and stability."

More than 1,000 migrants have died making the perilous Mediterranean crossing from Libya to Italy so far in 2017, according to the UN refugee agency.

More than 36,700 people have been pulled to safety and brought to Italy so far this year according to the International Organization for Migration, an increase of nearly 45 percent compared with the same period last year.

At least 150 of those killed were children, though the figure is likely to be higher as many underage migrants travel unaccompanied so their deaths often go unreported, according to UNICEF.

Distressing images of African migrants being plucked from heaving seas or the coffin-strewn aftermath of major sinkings have become a regular feature of television news bulletins since the migrant crisis began spiralling out of control four years ago. Last year saw around 5,000 deaths.

Italy's bid to close the marine migrant route from Africa to Europe was dashed after a deal it had signed with Libya was suspended by Tripoli's Court of Appeal in March. The deal had been fiercely criticised by rescue groups and human rights campaigners.

END_OF_DOCUMENT_TOKEN_TO_BE_REPLACED 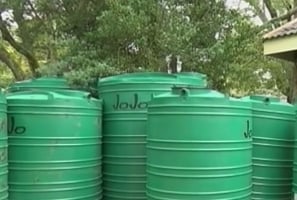