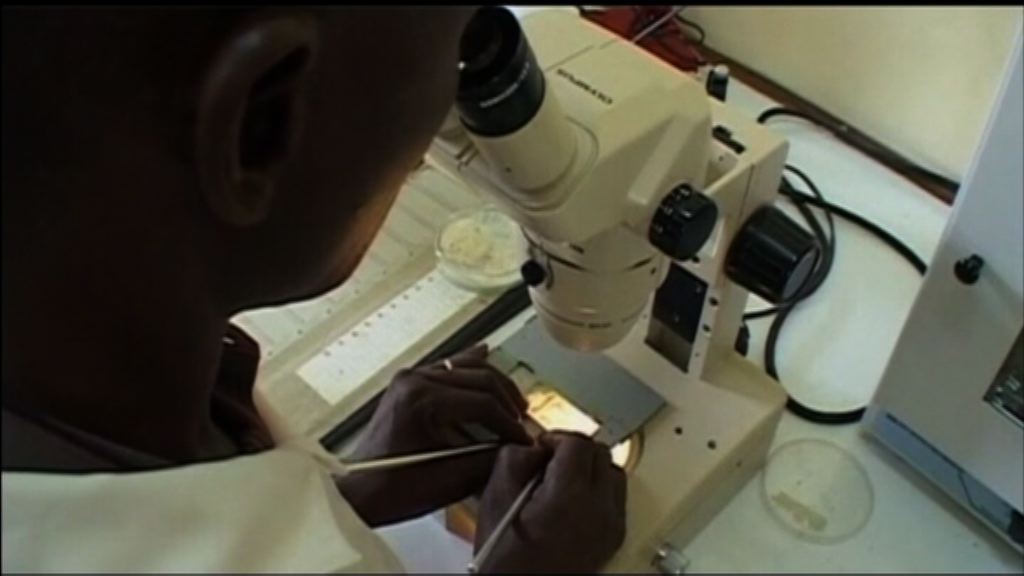 Africa is set to benefit from a new app developed by a French researcher that aims to make malaria diagnosis fast and affordable.

The Conversation Africa’s Health and Medicine Editor Joy Wanja Muraya asked Dr Andrew Githeko to explain how African countries can maintain the effectiveness of existing malaria control strategies as they work towards its elimination.

The problem of drug resistant malaria is growing in Africa. The first case of resistance to the latest drug regimen was recorded in Equatorial Guinea two months ago. What does this mean?

There have been several more reports of drug resistance on the continent. Cases have cropped up in Angola, Liberia, Uganda and Equatorial Guinea. These show that there are serious challenges facing malaria treatment in Africa.

The main fear is that drug resistance in Africa will trigger the same intense transmission patterns that have been seen in South East Asia. The region has been battling drug resistance since 2007.

When mosquitoes become resistant to the insecticides this threatens to reverse the gains that have been made reducing the burden of malaria in endemic countries. By 2015, malaria interventions had reduced the prevalence by 50% and the incidence of clinical disease by 40%.

Africa has used the same treatment regimens that have been used across the world. This includes:

If resistance is developing to the artemisinin combination therapies on the continent, it means that the burden of the disease increases.

What unique challenges does Africa face in the fight against malaria?

The strategy to fight malaria in Africa includes antimalarial drugs and several other initiatives to prevent the mosquito from infecting people. The use of insecticide treated bednets and indoor spraying have been the most widely used.

These are all targeted at the malaria vector, the mosquito. But there are two challenges.

Firstly, mosquitoes have adopted survival tactics, changing their human biting behaviour and developing resistance to insecticides such as DDT and pyrethroid.

Before the widespread use of treated bednets, only 5% of mosquitoes were biting humans between 6pm and 9pm before people went to bed. Since bednets have been introduced, up to 15% of mosquitoes bite people before they go to bed, increasing the risk of infection.

Mosquitoes have also started to avoid resting on insecticide treated surfaces inside houses and instead bite and flee the house.

The second challenge is climate change which has resulted in mosquitoes breeding faster and the disease, in turn, spreading faster. Malaria is now present in areas that were previously not marked as transmission zones.

A third challenge faced in the urban environment is the lack of well managed drainage systems that would discourage mosquito breeding.

How can African countries tackle these challenges?

On the global front, the new combinations for malaria therapy must be urgently supported through a multilateral approach. This must involve the academia and governments and must be coordinated by the World Health Organisation.

At the national and regional levels, surveillance programmes should identify and document the spread of drug resistance.

In addition, new malaria control strategies should replace those that have lost efficacy. For example, chlorfenapyr is a pesticide that has been shown to be effective in India.

What is the way forward in the fight against malaria on the continent?

As a start it’s critical that the changing geographic distribution of malaria, which has been driven by climate change is mapped.

Malaria drugs should only be used where a correct diagnosis has been undertaken to reduce the misuse of malaria drugs and the cost of health care.

In addition, more attention should be paid to the architecture of houses in malaria endemic areas so that it prevents the entry of indoor biting mosquitoes. Research shows that when African rural houses are modified it can reduce the entry of mosquitoes by up to 80%. This strategy should be prioritised and adopted by national governments and local communities to reduce the risk of contracting malaria.

Governments should also increase and emphasise the use of treated bednets as a mosquito- repelling method targeting a coverage of 80%.

And lastly, an efficient drainage system should be introduced in malaria endemic areas. This can significantly reduce mosquito breeding habitats which will reduce the risk of malaria infections.