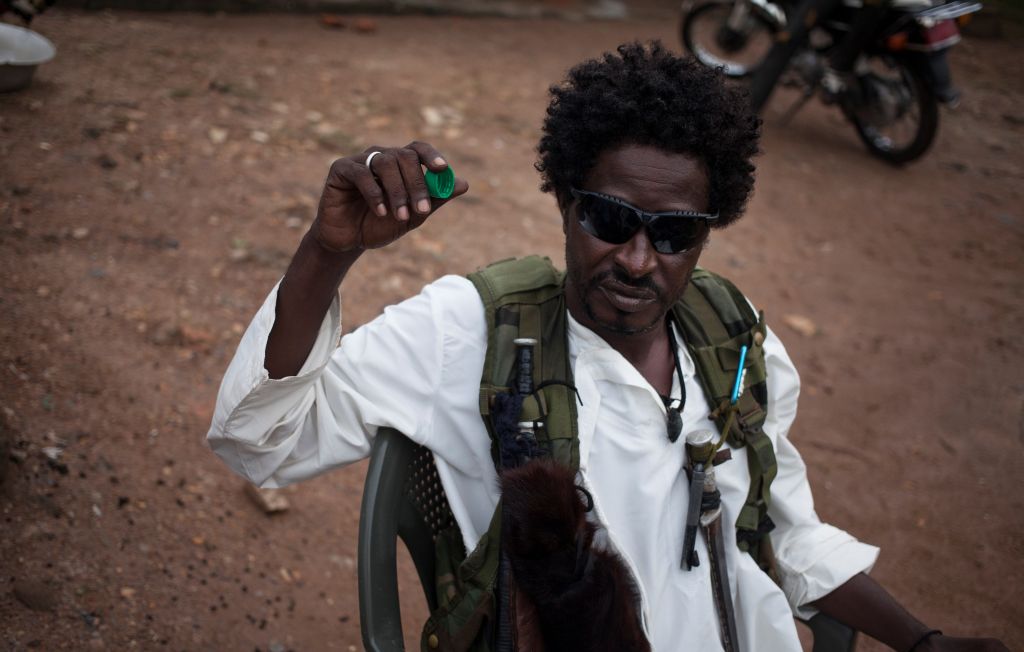 "Force" Alimery, chief of the Muslim "self-defence" group of the PK5 majority Muslim district of Bangui, speaks to his men, on November 15, 2017 in Bangui.

"The humanitarian community in CAR continues to pay a heavy price from the rise in criminal activity in northern, southern and southeastern regions," the UN&39;s Ocha aid organisation said.

At least 10 people had already been killed this week in clashes between rival armed groups, local officials and a UN source said on Thursday.

The bloodshed, which began on Sunday in the central town of Ippy, resulted from clashes between the mainly Muslim ex-Seleka rebels and the Christian anti-Balaka militia.

A 35-year-old aid worker with an Italian NGO died in hospital Thursday following a shooting in the northern Kaga Bandoro region.

The UN&39;s humanitarian affairs coordination office (OCHA) said several aid groups had been forced to temporarily halt their aid for 110,000 people due to "targeted attacks".

"This new spike in criminal activity is shown in an alarming rise in attacks on humanitarian convoys and bases, causing heavy material damage and loss of life," OCHA said in a statement.

The agency said at least 14 humanitarian workers had died in CAR since the start of 2017.

One of the world&39;s poorest nations, CAR has been struggling to recover from a 2013 civil war that started when President Francois Bozize was overthrown by the Seleka rebels.

Since then, the country has been blighted by simmering sectarian violence which has killed thousands and displaced more than 600,000 people, almost a quarter of the total population.

The UN said more than 2.5 million people will require aid assistance in the country next year.