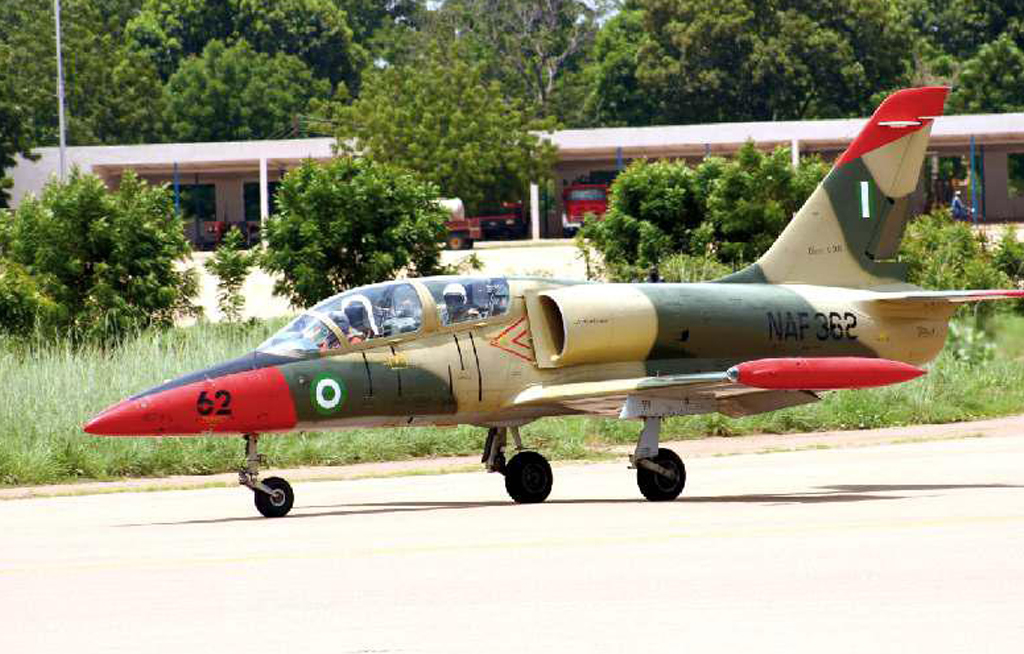 Aero L-39 Albatros Nigerian Air Force. A jet accidentally bombarded a camp in northeast Nigeria for those made homeless by Boko Haram Islamists.

KANO, Nigeria - Dozens of people were killed on Tuesday when an air force jet accidentally bombarded a camp in northeast Nigeria for those made homeless by Boko Haram Islamists.

The incident happened at about 9:00 am (0800 GMT) in Rann, in the far north of Borno state, the epicentre of the jihadists' insurgency, as aid workers distributed food to civilians who were forced to flee the violence.

A local resident, Abba Abiso, told AFP by telephone: "This morning a military jet mistakenly bombarded Rann, instead of (nearby) Kala.

"In recent weeks Boko Haram has moved base to Kala from Sambisa Forest and obviously a military jet mistook Rann for Kala and bombarded, killing many civilians.

"At least 25 were killed and many more injured."

The medical charity Doctors Without Borders (MSF) said in a statement: "MSF teams have seen 120 wounded and 50 dead following the bombing."

A senior military source in the Borno state capital, Maiduguri, said the casualties were "huge", adding: "A fighter jet hit the wrong target."

MSF said its teams were trying to provide emergency first aid at its facility in the camp and were stabilising patients to evacuate the wounded from the scene.

"Our medical and surgical teams in Cameroon and Chad are ready to treat wounded patients. We are in close contact with our teams, who are in shock following the event," it added.

The International Committee of the Red Cross (ICRC), which also had teams in the area, said only there were "a number of people wounded and some killed", without specifying figures.

"We are currently in contact with the relevant authorities to organise medical assistance and evacuations," an ICRC spokeswoman in Abuja said.

Major General Lucky Irabor, who heads the military operation against the militants, said the air force had been given coordinates of "Boko Haram terrorists" in the Kala-Balge area.

"Unfortunately the strike was conducted but it turned out that the locals somewhere in Rann were affected," he told reporters at a briefing in the Borno state capital, Maiduguri.

Irabor did not give casualty figures but said local staff from MSF and the ICRC were among those wounded.

"These are the result of fog of war," he added. "It is unfortunate. That is the reason why this war must come to an end."

The bombing comes as Nigeria's military claims further gains against the Islamic State group affiliate, pushing them out of captured territory and their remote bases in Borno state.

Last month, the army said the conflict was in its final stages after nearly eight years of violence that has killed at least 20,000 and left more than 2.6 million others homeless.

There have been "friendly fire" incidents in the conflict.

In March 2014 a military jet killed five civilians and wounded several others when it mistakenly bombarded Kayamla village in Konduga district of Borno.

The jet mistook the village for a Boko Haram camp during a night raid.

In January that year, the convoy of a Nigerian senator was fired on by an air force jet which mistook the six-vehicle convoy under police and military escort for Boko Haram fighters.

No one was hurt and the military described the incident as an "operational blunder".