Bashir: What are the consequences for SA? 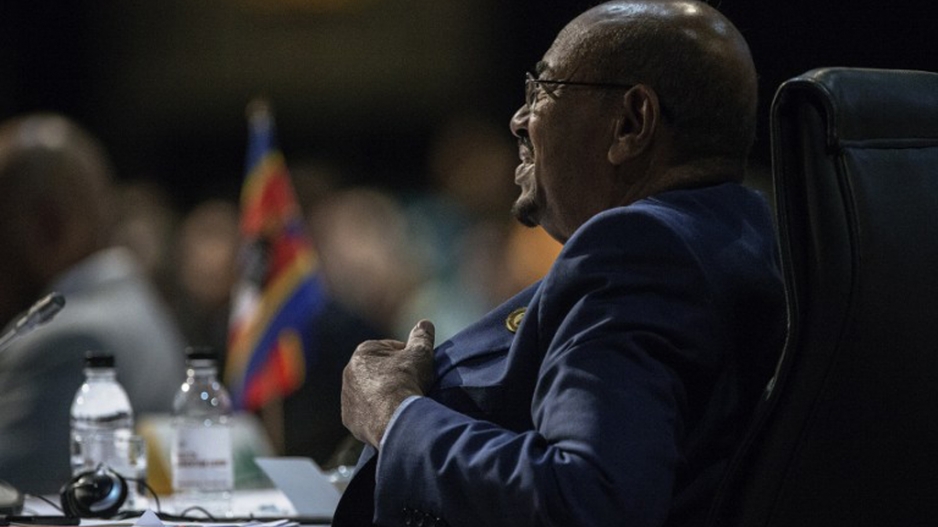 Sudanese President Omar al-Bashir attended the opening session at the 25th African Union Summit in Sandton, Johannesburg on June 14, 2015, despite an international warrant for his arrest. AFP PHOTO/GIANLUIGI GUERCIA

JOHANNESBURG - Nobody anticipated that the June 2015 African Union (AU) summit in Sandton, Johannesburg, would be gripped by the drama of threats to arrest Sudan’s President Omar al-Bashir.

In 2008, the International Criminal Court (ICC) indicted al-Bashir for war crimes committed in the conflict in Darfur. The war led to the death of an estimated 300‚000 people and the displacement of 2.5 million. A year later, a warrant was issued for his arrest.

As a signatory to the Rome Statute, under which the ICC was established, South Africa is obliged to arrest al-Bashir and end his status as a fugitive from international law.

On previous occasions, South Africa has judiciously avoided this predicament by warning al-Bashir not to set foot in the country. These threats worked well until last weekend, when the newly re-elected and exuberant al-Bashir seemed confident enough to attend the AU summit.

Bashir’s decision could also possibly have been influenced by assurances from the South African government, which sought to grant immunity to all attendees of the summit.

On Bashir’s arrival in South Africa, the ICC asked the South African government to meet its international obligations by executing the arrest. As Pretoria prevaricated, a human rights organisation – the Southern African Litigation Centre – brought an application to the North Gauteng High Court to compel the government to arrest al-Bashir.

The court ordered the South African government to prevent Bashir from leaving the country until the application had been heard.

The ruling African National Congress issued a statement after the court order saying that the government had “gazetted the meeting of the AU for immunity for all participants”. This, it said, was part of the:

… international norms for countries hosting such gathering of the AU or even the United Nations.

The case will nevertheless test the political and diplomatic mettle of President Jacob Zuma’s administration.

More importantly, how it is resolved will have profound implications for South Africa’s relations with its AU partners, the ICC, and its broader standing in the world.

The African Union and the ICC

How did we arrive at this? Apart from Bashir’s confidence over the last two years, a spirited anti-ICC movement has emerged within the AU. The AU claims that the court disproportionately targets African leaders in its quest to end impunity.

As a result, the AU has passed several resolutions that, in effect, enjoin member states to ignore the ICC. As I suggested recently, African countries may indeed have legitimate grievances against the ICC. But the AU is not the best arena to contest these claims because not all its members are signatories to the court.

Equally significant, South Africa and Nigeria need to take the lead in dissuading the AU from taking decisions on the ICC for a very simple reason: they have value systems that underwrite human dignity, justice and respect for international legality.

Countries such as Bashir’s Sudan have failed to join the ICC because they do not adhere to these norms at home. It is inconsistent for countries with such divergent norms and values to be sitting in the same room to debate the ICC. In any event, the ICC has redress mechanisms that permit members to channel their problems.

The significance of South Africa’s role

If South Africa’s courts compel Bashir’s arrest they will vindicate the view that there is no contradiction between the values that drove South Africa’s accession to the Rome Statute and those that undergird its transition to a democracy more than two decades ago.

The courts may also be reaffirming that, at a minimum, Pretoria’s binding international obligations on justice and accountability that are at the heart of the ICC are more salient than the temporal ones of building alliances at the AU.

Granted, these alliances are necessary for South Africa to continue to lead on multiple peace, security, and development issues facing Africa. But leadership bereft of core convictions and values cannot stand on steady ground.

But the arrest could strengthen the voices of those at the AU who have called for African signatories to walk out of the ICC.

This would be an excellent opportunity to test this threat. Ultimately, sovereign nations have the power to decide on matters they think are important, including withdrawing from international treaties. Yet it would be interesting to see how many African countries attempt to force their legislatures to remove the Rome Statute from national laws after years of carefully domesticating them.

Moments of crises such as this are instructive in underscoring how far African countries have gone in enshrining the shared values of governance, accountability, justice and ending impunity.

The ICC’s future is at stake

If South African courts rule in favour of al-Bashir they will strengthen the government’s perspective that the AU’s positions on the ICC are more important. This will be a victory for the anti-ICC forces that have called for Africa’s withdrawal and will re-ignite the impetus for mass withdrawal.

Some ICC signatories that have increasingly doubted its legitimacy, such as Kenya and Uganda, would undoubtedly marshal the political courage to lead even louder campaigns against the institution.

South Africa faces greater domestic pressure against withdrawing from the ICC. This may force the government to regroup with reassurances to domestic and international audiences that it is not going to join African efforts to destroy an international institution that took years to construct.

Gilbert M. Khadiagala is Jan Smuts Professor of International Relations and Head of Department at University of the Witwatersrand.