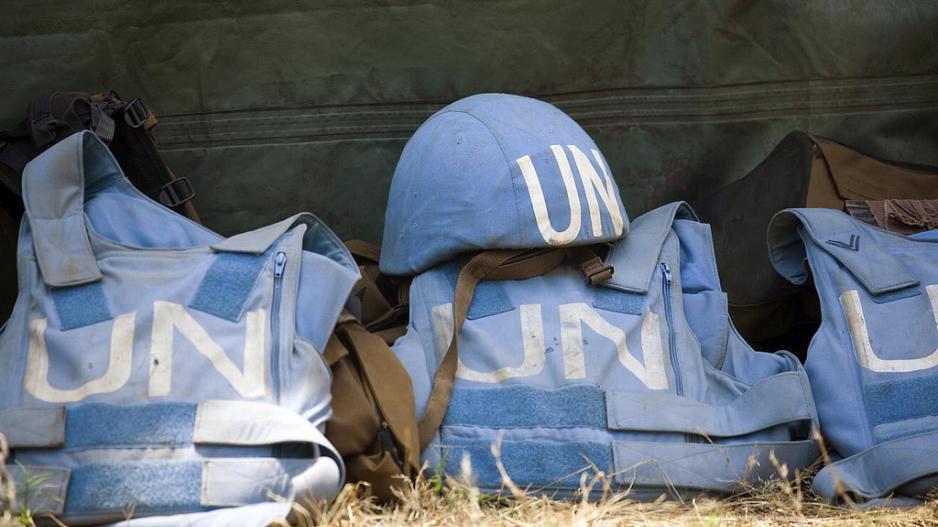 Helmet and flack jackets of the members of the 1 parachute battalion of the South African contingent of the United Nations Peacekeeping Mission in the Democratic Republic of the Congo (MONUC).

The attacks on Tuesday come days after five UN peacekeepers were killed in an ambush in central Mali, as concern grows over the future of the UN&39;s deadliest active mission.

"Al-Qaeda in the Islamic Maghreb (AQIM) reported that its al-Murabitoun battalion engaged in a clash with &39;Crusader occupation forces&39;," referring to the UN mission in Mali, SITE said, adding that the jihadists called it an "epic battle".

AQIM said in a statement its fighters were "thrashing" the enemy.

One attack on a UN camp in the northern town of Gao on Tuesday killed a peacekeeper and seriously wounded three others, while a second armed attack on a UN de-mining unit killed two security guards and an international expert, the UN mission known by the acronym MINUSMA said.

At least 65 peacekeepers with the mission have been killed while on active service, while another four have died in "friendly fire" incidents, UN figures show.