Al-Shabaab commander killed in US airstrikes 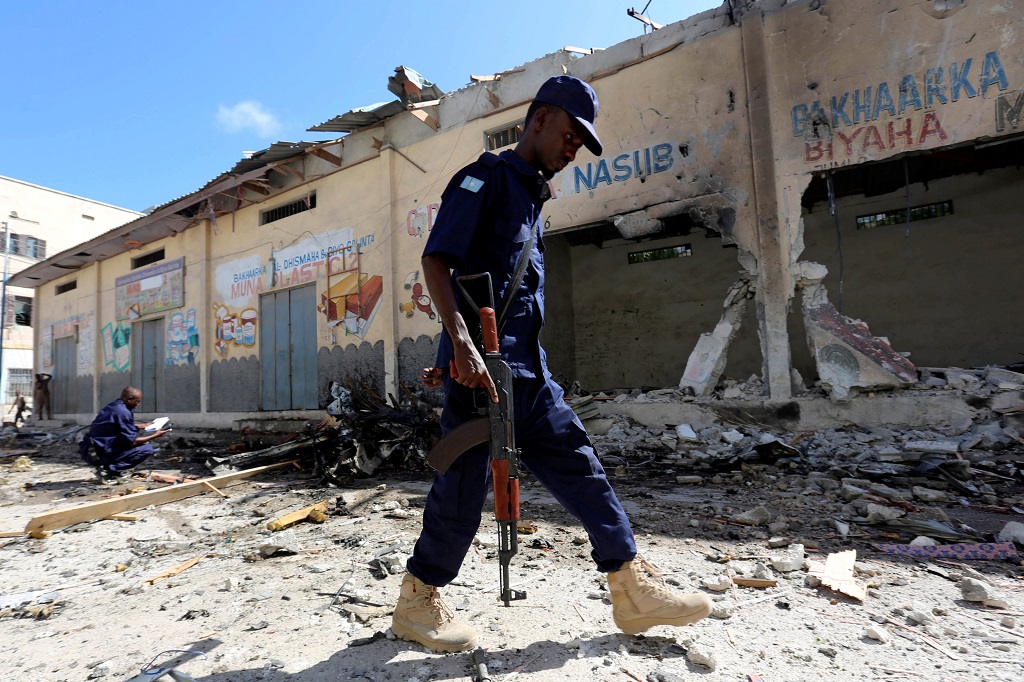 A Somali policeman walks through a scene where a car exploded in the Hamarweyne district in Mogadishu, Somalia May 15, 2017.

The US Africa Command (Africom) said the United States conducted this operation in co-ordination with its regional partners as a direct response to al-Shabaab actions, including recent attacks on Somali forces.

“There were no civilian casualties from this strike,” Africom said in a statement following a co-ordinated operation with international partners near Torotoroow in southern Somalia.

The military said the strike was conducted within the parameters of the proposal approved by President Donald Trump in March, which allows the US Department of Defence to conduct lethal action against al-Shabaab within a geographically-defined area of active hostilities in support of partner forces in Somalia.

Ali Jabal was responsible for leading al-Shabaab forces operating in the Mogadishu and Banadiir regions in planning and executing attacks against the capital of Mogadishu.

He used the Lower Shabelle Region of Somalia, a known al-Shabaab safe haven, as a hub for these activities.

The militants were known in recent months to have conducted suicide car bombings and assassinations targeting police, governmental and military leaders in the capital.

Al-Shabaab militants were also known to have conducted numerous attacks against the Somali National Army (SNA) and African Union Mission in Somalia members in the region.

His removal disrupts the al-Qaeda allied group’s ability to plan and conduct attacks in Mogadishu and co-ordinate efforts between al-Shabaab regional commanders.

“We continue to work in co-ordination with our Somali partners and allies to systematically dismantle al-Shabaab, and help achieve stability and security throughout the region,” Africom said.