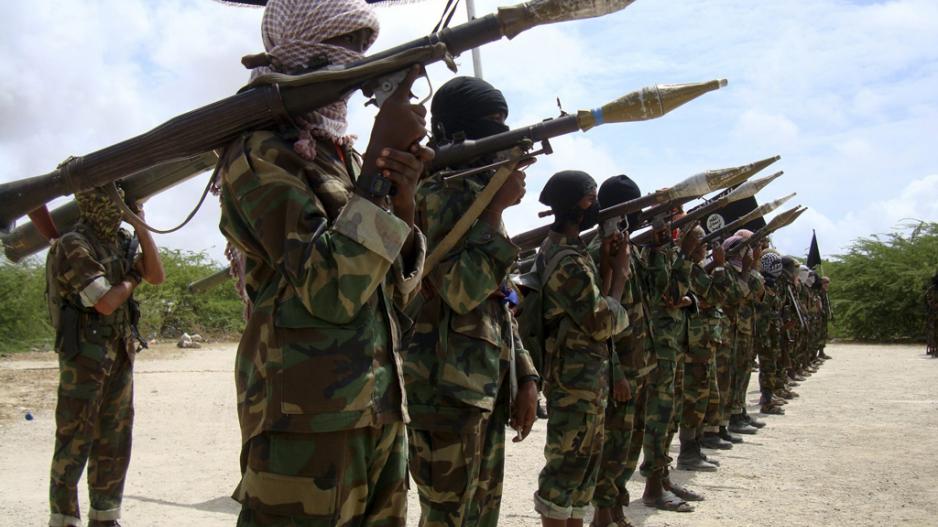 Al Shabaab militants parade new recruits after arriving in Mogadishufrom their training camp south of the capital in this 21 October, 2010 file photo.

NAIROBI – A joint military operation by the African Union (AU) peacekeeping mission in Somalia (AMISOM) and the Somalia National Army (SNA) has resulted in the death of another Al-Shabaab senior commander.

AMISOM Sector One Brig-Gen Sam Okiding confirmed the operation resulted in the death of the Al-Shabaab commander for the Janaale Abdirashir Buqdube region while 22 other insurgents were also killed.

He said the joint military operation unleashed both air strikes and ground forces against the insurgents’ hide-out near Buufow.

“We are now clearing the one from Buufow to Janaale where Al-Shabaab have been trying to put up resistance,” Okiding said.

While several insurgents escaped the battle scene, Okiding said dozens of Al-Shabaab fighters were killed in the battle on Friday.

The insurgents were attempting to derail the installation of new boreholes and repair of water equipment for civilians, as well as to block upgrading of roads for free movement.

Okiding said in a statement the joint forces would no leave no stone unturned in their quest to clean up Al-Shabaab insurgents in the Janaale region with the sole purpose to restore stability, peace, and order.