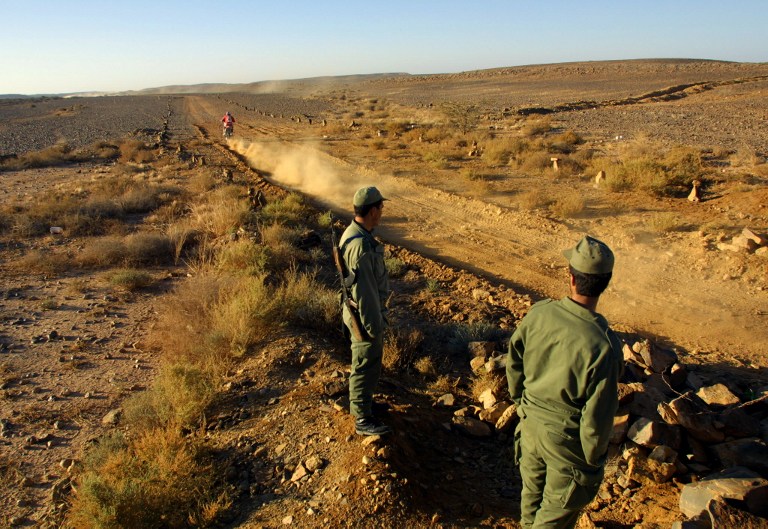 Moroccan soldiers watch a biker pass the wall of sand separating Morocco and Mauritania in the western Sahara.

ALGIERS - Algeria has hailed as a "diplomatic success" a UN Security Council resolution endorsing a new peace initiative on the disputed territory of Western Sahara.

Friday's vote came as UN military observers confirmed that Polisario Front forces, fighting for independence in Western Sahara, had withdrawn from the Guerguerat area near the Mauritanian border.

The resolution "is a diplomatic success for the Sahrawi issue because the (peace) process will be back on track", Algerian Foreign Minister Ramtane Lamamra said in a statement.

Morocco insists that the Western Sahara, a former Spanish colony, is an integral part of its kingdom, but the Algeria-based Polisario demands a referendum on self-determination there.

The two sides fought for control of the Western Sahara from 1974 to 1991, with Morocco gaining control of the territory before a UN-brokered ceasefire took effect.

Tensions flared last year after the Polisario set up a new military post in Guerguerat -- a stone's throw from Moroccan soldiers -- in response to Morocco starting to build a tarmac road in the area.

Morocco pulled out of the area in late February at the request of the UN.

The Polisario pullback must be "complete, unconditional and permanent", Bourita said.