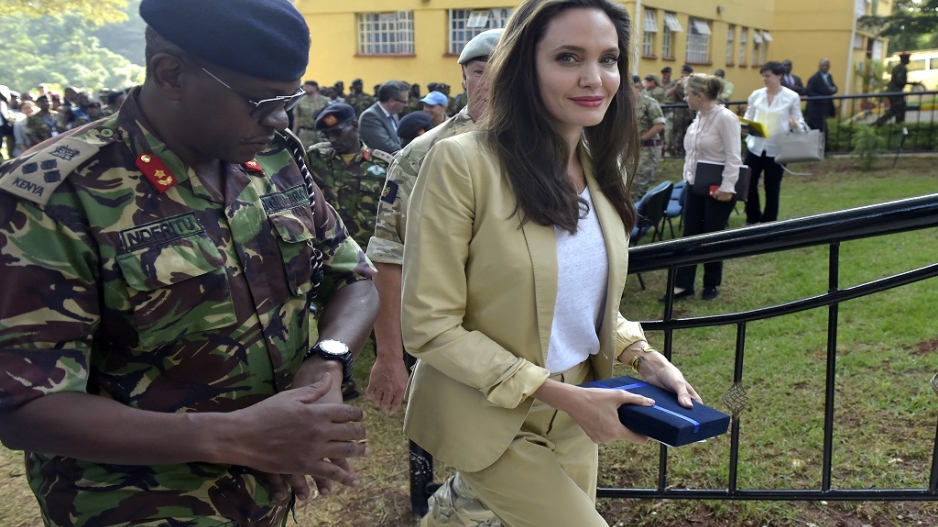 US actress and UNHCR Special Envoy Angelina Jolie (R) arrives to address the International Peace Support Training Centre (IPSTC) staff on June 20, 2017 in Nairobi during a training on the prevention of sexual violence during conflicts.

"How we treat refugees is a measure of our humanity as nations”
UNHCR Special Envoy Angelina Jolie, #WorldRefugeeDay https://t.co/idCrND6Dhw pic.twitter.com/oGJpeihcSI

Thousands of people have all fled conflict in various parts of Africa. Most are said to be the victims of sexual abuse. Many have given birth after being raped.

Read: Brad Pitt says he quit drinking, in therapy after split with Jolie

Jolie urged the authorities to document and prosecute crimes of rape and sexual violence. She also appealed to the peacekeepers to be more sensitive when dealing with such cases.

"The reality is that a peacekeeper may be the first person one of these traumatised girls encounters after they're abused. As peacekeepers you need to be absolutely clear what to do. Because that little girl will be frightened, especially of a man with a gun. How you approach her will affect whether she is able to begin to recover or if more damage will be done," said the actress.