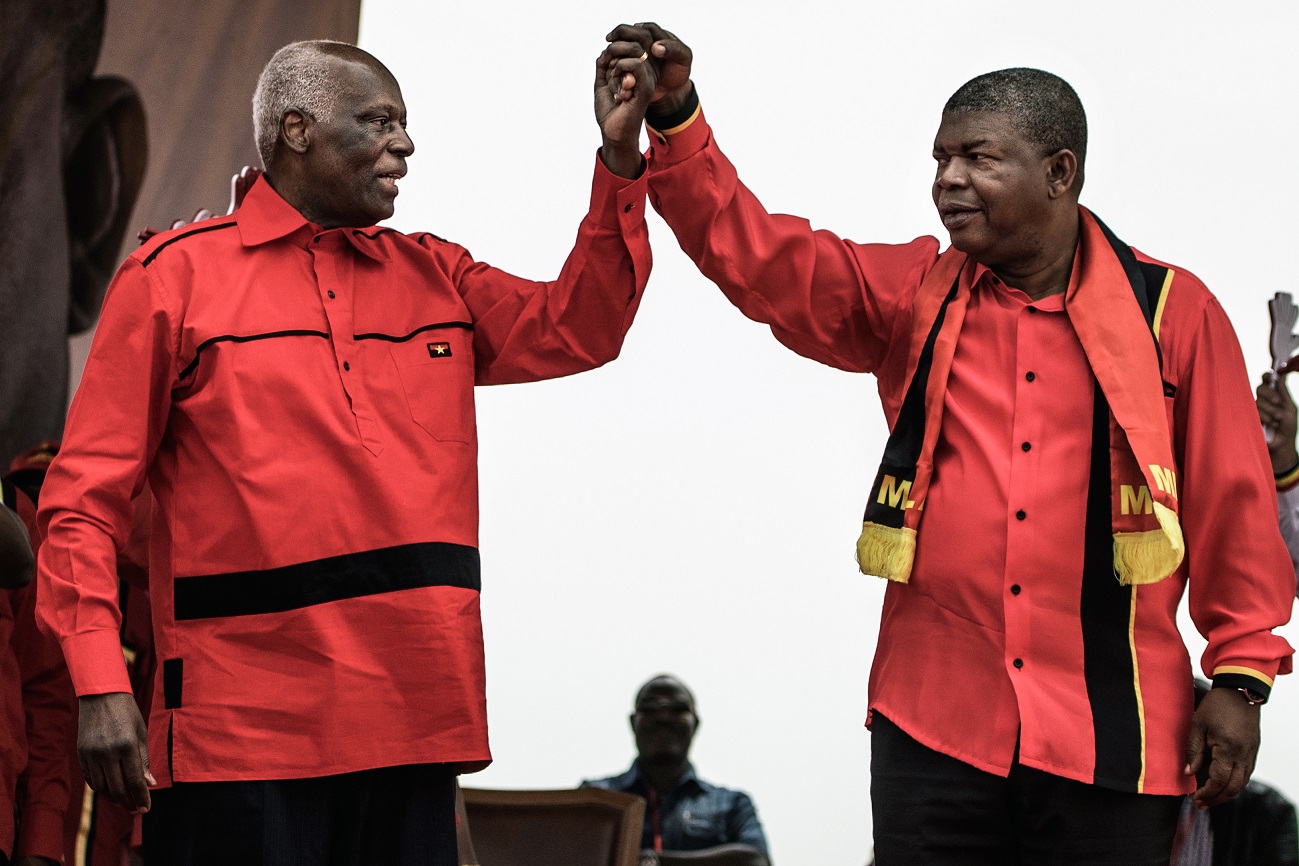 Angolan President and The People's Movement for the Liberation of Angola President Jose Eduardo dos Santos and MPLA candidate to the presidency Joao Lourenco hold hands during the closing campaign rally in Luanda, on August 19, 2017.

The polls will see a change in leadership after almost four decades in Africa’s second-biggest oil producer.

After 38 years in power Jose Eduardo dos Santos, Africa’s second-longest serving ruler, who led Angola through a civil war, an oil-fuelled boom and a bust, is stepping down.

Defence Minister Joao Lourenco (63) the ruling Popular Movement for the Liberation of Angola’s (MPLA) candidate is set to take over. However, Dos Santos will stay on as chairman of the MPLA.

Preliminary results of Wednesday’s polls were expected to begin rolling in later on Thursday.

Andre da Silva Neto, the head of Angola’s Election Commission said the elections were an example of how the process should be carried out, the French news agency AFP reported.

The elections were monitored by more than 1,400 local and international observers, including representatives from the African Union and Southern African Development Community (SADC). Minor problems at voting stations with some party representatives initially refused entry, were also reported.

All eyes will now be on Lourenco to put into practice his campaign promises of fighting against corruption and poverty – practices he said flourished under dos Santos.

As the third-largest sub-Saharan economy, the country faces economic challenges with oil prices halved since mid-2014, zero economic growth for 2016, an inflation rate of 30 percent and a shortage of dollars.

Angola depends on oil for more than 90 percent of its export earnings.

The final results, which many analysts predict will be won by the MPLA with a reduced majority, are expected to be announced at the weekend.

In July, Angola's parliament passed a law that will drastically limit the powers of the country's future presidents in matters of security and defence.