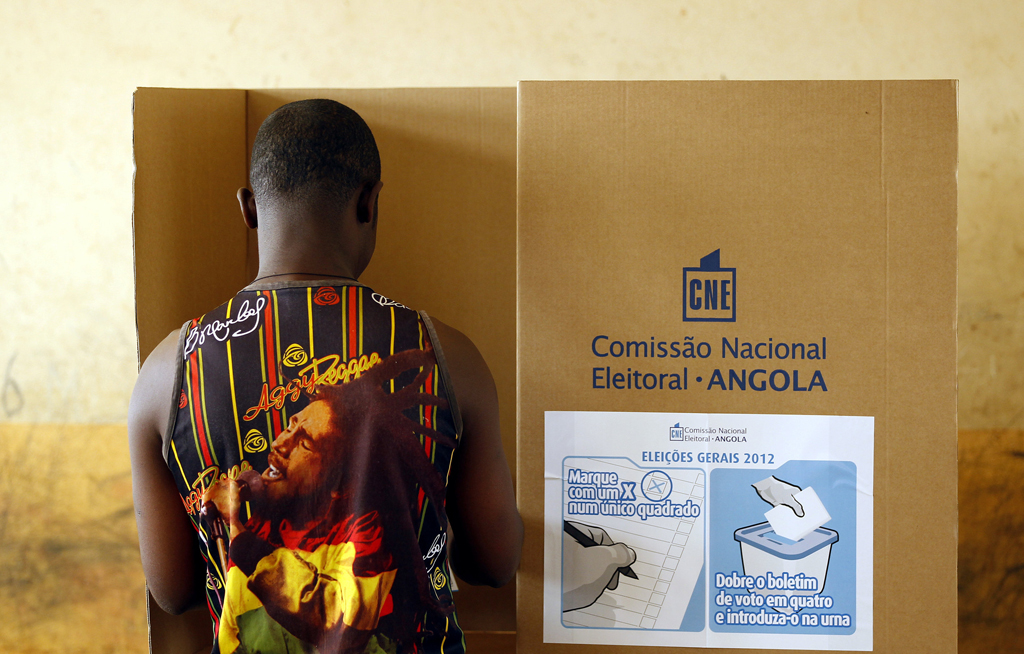 FILE PHOTO: Man casts his vote at polling station during national elections in the capital Luanda.

Editor's note: This story has been corrected.

LUANDA - Four opposition parties in Angola on Sunday called for a recount in last month's general election, alleging "irregularities" during the vote that kept the ruling party in power.

The MPLA party of outgoing President Jose Eduardo Dos Santos won just over 61 percent of the votes cast on 23 August and an absolute majority with 150 of the 220 seats in parliament, according to a provisional vote count.

The commission is due to release the official results on Wednesday.

Isaias Samakuva, head of the National Union for the Total Independence of Angola (UNITA), read a statement to reporters saying the process to determine definitive election results "was not conducted, in a large number of cases, in accordance with the law".

The statement was signed by three other leaders of Angola's main opposition parties.

But they also charged that the electoral process was "unconstitutional and illegal" and called for a recount of votes in the provinces by a commission comprised of figures from civil society and churches.

The opposition coalition warned it would contest the election through other means if their demands were not met.

The day after the vote, UNITA deputy party leader Rafael Massanga Savimbi had said it found "substantial differences" between its own tallies at voting stations and those of the electoral commission.

Opposition leaders across Africa, long frustrated in their campaigns to topple firmly entrenched leaders, have been hailing the shock overturn of last month's presidential vote in Kenya, calling it an example for their own countries to emulate.

On Friday, Kenya's Supreme Court cancelled the results of the August 8 election there, which kept President Uhuru Kenyatta in office, over widespread irregularities. The country now has until October 31 to hold a new election.

According to preliminary results of the Angola election, UNITA and the Casa-CE party garnered 26 percent and 9 percent of the vote, respectively.

The MPLA, which has ruled since Angola's independence from Portugal in 1975, had predicted it would win easily, but the result showed a fall in support from the last election in 2012.