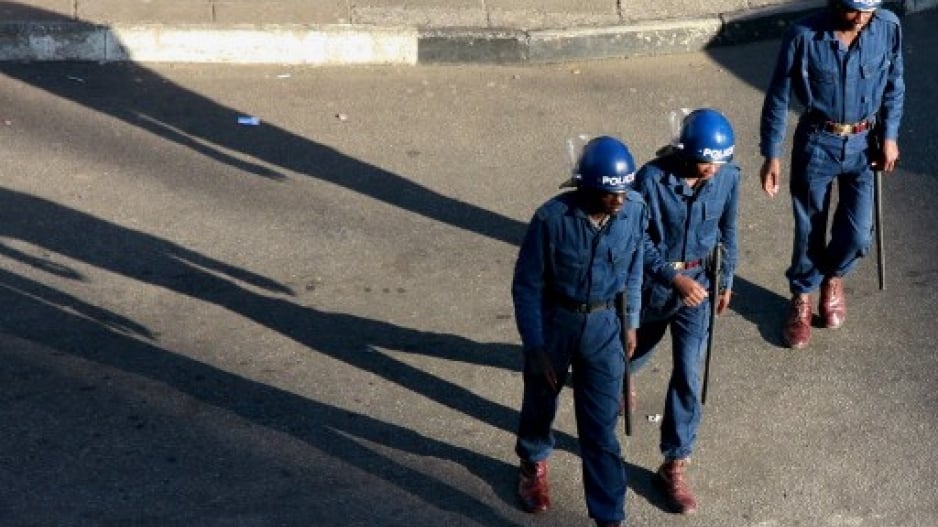 HARARE – Riot police in Zimbabwe used water cannon and batons on Wednesday to break up a protest by several hundred demonstrators gathered in Harare in a fresh sign of opposition to President Robert Mugabe.

An AFP reporter said police in the capital had moved to disperse the protesters from outside the finance ministry.

Many of the marchers wore the national flag around their necks – seen as a symbol of a surge in recent protests – while unemployed graduates wore academic gowns and others held Christian crosses.
Among the slogans written on placards were "Once Liberator, Now Oppressor", "Mugabe Must Go" and "You Have Failed Mr Mugabe."

Zimbabwe&39;s economic collapse has worsened this year, with the government now without the funds to pay even its military or civil servants on time.

A series of street protests erupted in past weeks, despite 92-year-old Mugabe&39;s record of using his ruthless security forces to crush public dissent.

"What we are saying is simple – we need jobs," Douglas Munjere, 30, a graduate who remains jobless years after completing university, told AFP.

"All these people should be at work but there are no jobs."

The graduates had been denied police permission to march in Harare, but they joined a separate protest against government plans to introduce bond notes – a local token currency equivalent to the US dollar.

Many Zimbabweans fear the bond notes could revive the hyperinflation that destroyed the economy in 2008 and 2009.

Zimbabwe abandoned its own currency in favour of US dollars in 2009.