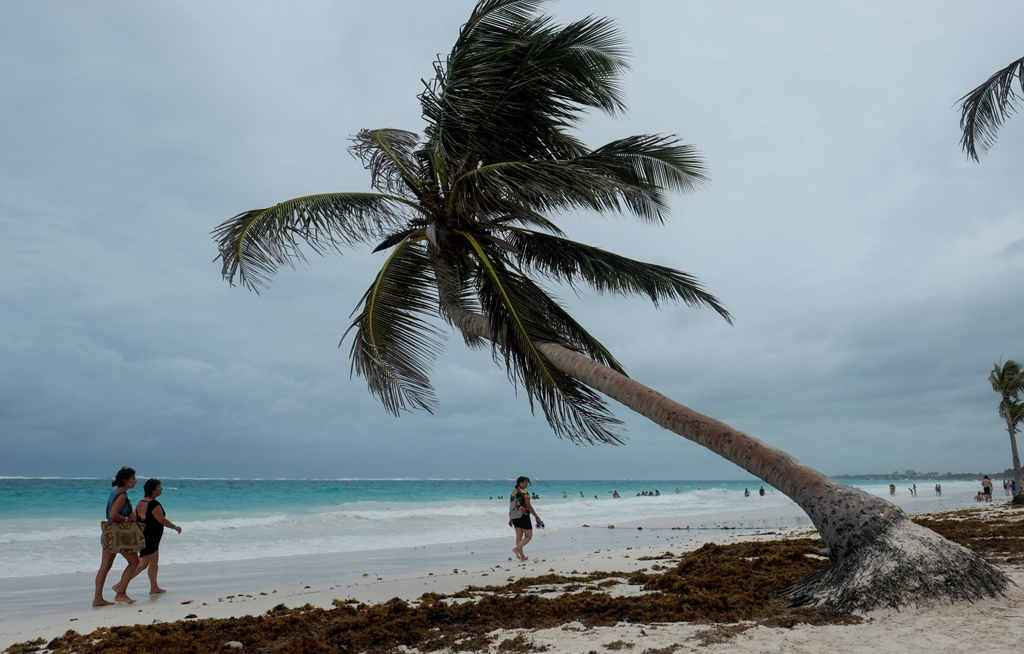 Tourists walk along a beach with heavy clouds caused by the proximity of tropical storm Franklin that is near the coast of Quintana Roo, in Tulum, Mexico August 7, 2017.

ANTANANARIVO - A powerful tropical storm which swept through Madagascar has left 17 people dead and affected thousands of others, according to an official toll published on Sunday.

Storm Eliakim packed winds of up to 105 kilometres an hour after hitting the northeast of the Indian Ocean island on Friday and barrelling down the east coast.

READ: How tropical storms get their names

The death toll was announced by the country&39;s disaster management office, which also said 15,000 people had been affected by the storm.

Madagascar, one of the poorest countries on the planet, has been hit by about 40 cyclones and tropical storms over the past 10 years.