At least 32 dead in Ethiopia landslides 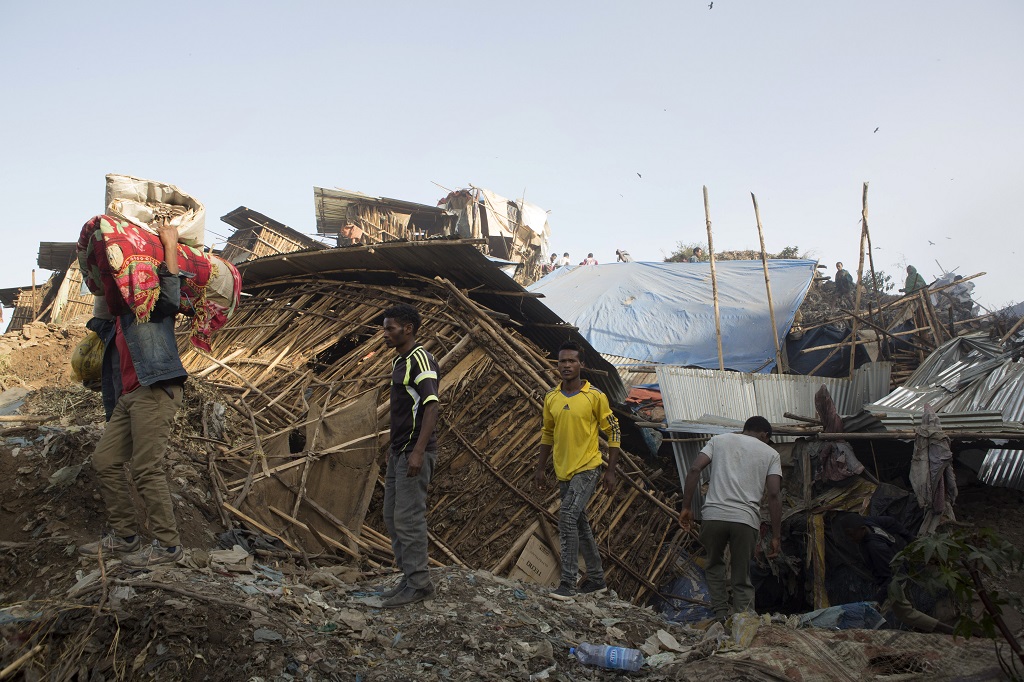 People move their belongings on March 12, 2017 after dwellings built near the main landfill of Addis Ababa on the outskirts of the city were damaged in a landslide that left at least 30 people dead.

ADDIS ABABA - Landslides caused by heavy rain killed at least 32 people in southern Ethiopia at the weekend, the government said on Monday.

Nine people died in the Gamo Gofa zone, with 17 injured.

The state-affiliated Fana Broadcast Corporate reported that 23 people were killed in a landslide in the Sidama zone.

READ: Over 1,100 arrested under Ethiopia state of emergency

Countries across the Horn of Africa (Djibouti, Eritrea, Ethiopia, and Somalia) have recently struggled to cope with heavy rains.

Last week, flooding and strong winds caused by Cyclone Sagar killed at least 25 people in Djibouti and Somaliland, while heavy flooding left 21 dead in Somalia, according to the UN&39;s humanitarian coordinator OCHA.