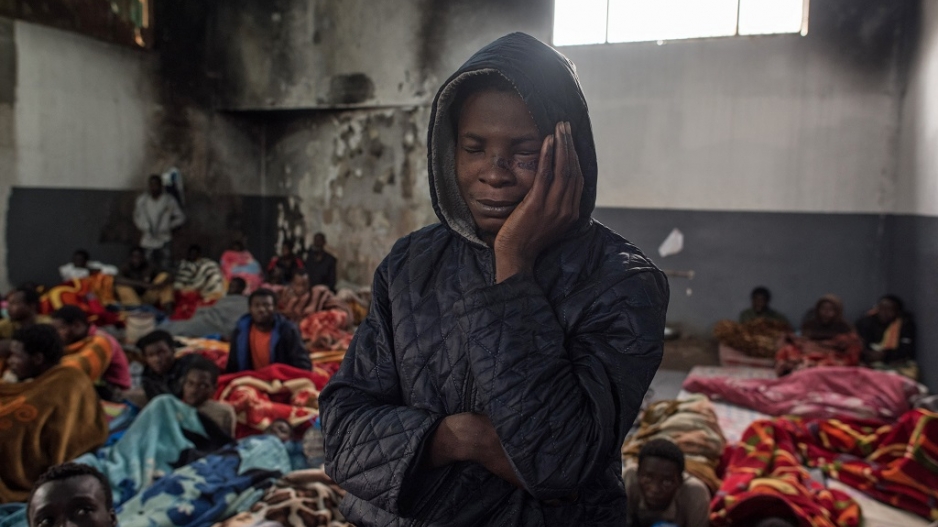 A migrant holds his head as he stands in a packed room at the Tariq Al-Matar detention centre on the outskirts of the Libyan capital Tripoli on November 27, 2017.

ABIDJAN, Ivory Coast - The head of the African Union&39;s executive commission, Moussa Faki Mahamat, on Thursday said around 3,800 migrants needed to be repatriated urgently from Libya.

"They want to get out of this mess as swiftly as possible," he said at a summit of the AU and the European Union in Abidjan dominated by the issue of migrant abuse in Libya.

Faki said that the AU&39;s commissioner for social affairs had been to Tripoli, where she visited a camp that had around 3,800 people, mostly from West Africa.

"There are women and children, living in inhumane conditions," he said.

"We have agreed, along with the EU and the UN, to set up a task force for repatriating at least 3,800 people," he said.

He added: "We must urgently save those who are in this (dire) situation, and then together, Libya, the EU, AU and UN, we must think about devising longer-term solutions for the migration issue."